A MAN has been arrested in connection with the theft of an 800-year-old mummy's head from the crypt of a church in Dublin.

The suspect, aged in his 20s, was arrested at around 6pm on Thursday evening and is being detained at Bridewell Garda Station under Section 4 of the Criminal Justice Act, 1984.

Gardaí recovered the head of 'The Crusader' earlier this week after it was stolen from a vault at St Michan's Church in Arran Quay last month.

A suspected tomb raider was caught on CCTV walking along the quays with the mummified head and another skull in a shopping bag shortly after the theft. 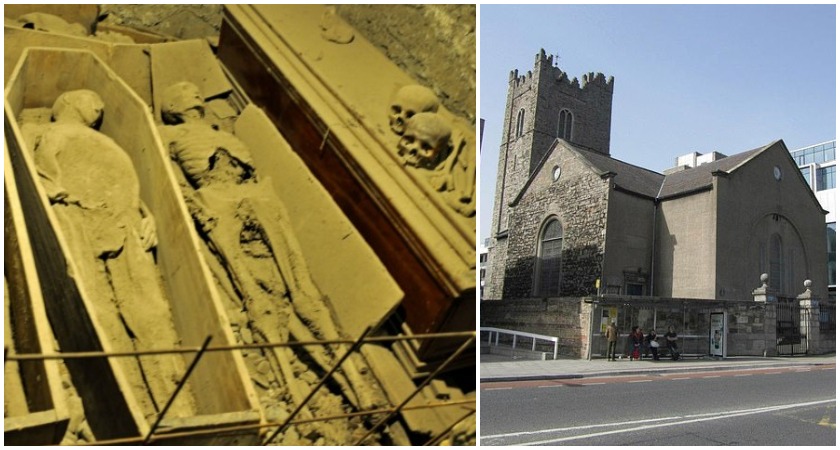 The head of 'The Crusader' was stolen from St Michan's Church, Dublin between February 23 & 25

The intruder had gained access to the crypt by using an iron bar to break through a steel door and a metal gate, while several other mummies – including the 400-year-old body of a nun – were desecrated in the incident.

The head of The Crusader – remains believed to be those of a medieval man who fought in the Crusades – was decapitated before being taken.

The other skull had been placed on a coffin in the tomb before it was also taken, but Gardaí refused to give details about this "second head" over fears that "people with strange tendencies" might come forward with false information.

On Tuesday, the two missing remains were discovered together in a bag on the grounds of the church after apparently being returned overnight. 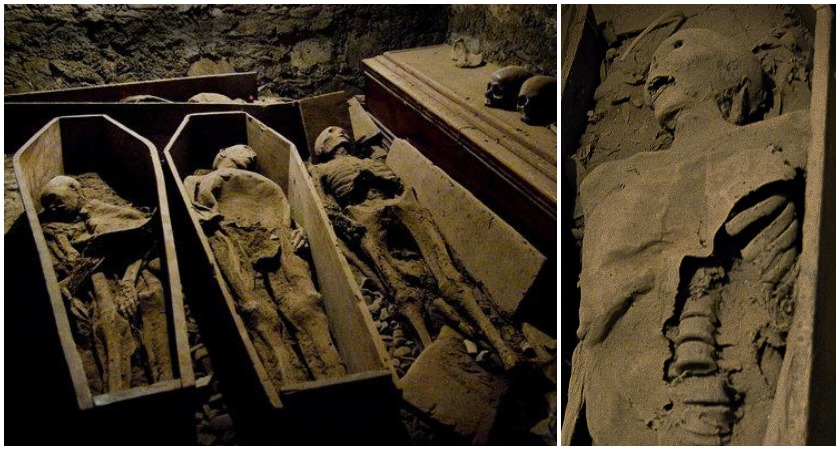 There are fears that The Crusader's head may have began to deteriorate after spending so much time outside of the dry and warm microclimate of the crypt, while a forensic anthropologist has been enlisted to determine what damage may have been caused to the remains.

Church of Ireland Archdeacon David Pierpoint said he was "extremely grateful that we have this back and now we can lay him [The Crusader] to rest".

The National Museum of Ireland is acting in an advisory capacity, Gardaí said.

"An Garda Síochána would like to thank the public for their assistance in the investigation, which remains ongoing," a statement read.

The suspect remained in custody at Bridewell Garda Station on Friday morning for questioning.