Man, 25, jailed for using drones to smuggle drugs and mobile phones into prison

A MAN has been jailed for three years for using drones to fly drugs and mobile phones into a Manchester prison.

Damon Keegan was sentenced to three years and four months at Manchester Crown Square court on December 22, after pleading guilty to conveying Class A and B substances into HM Prisons and assisting an offender.

The court heard that on April 3, 2016, staff at HMP Manchester saw a drone fly towards the window of a cell whilst carrying a package of suspected contraband. 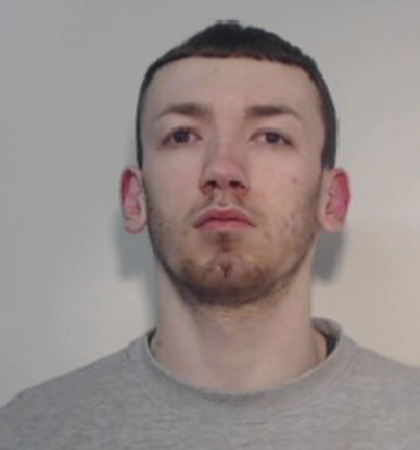 Damon Keegan, 25, has been sentenced to three years in jail

Keegan was seen reaching out and grabbing it from inside his cell.

However, a later search of his cell didn’t find anything and it is believed the packages carried by the drone had already been distributed.

However a month later a mobile phone was seized from another prisoner following further reports of drone activity.

Police uncovered prisoners had been communicating with the drone operator, which was later revealed to be Keegan.

On June 10, 2017, a drone which had been attempting to deliver illegal packages to cells was caught within the security netting at HMP Manchester.

This drone was carrying seven mobile phones, 12 sim cards, drugs including cannabis and synthetic cannabinoids (spice) as well as USB cards with films on them.

The items were individually wrapped in preparation for distribution throughout the prison and the entire delivery is estimated to be worth nearly £24,000 when sold.

Eight days later a similar drone was again intercepted by prison officers, which contained drugs that would have been worth over £36,000 if sold inside the prison.

Officers searched for Keegan, who was actively evading them. He was caught last month, on November 28, and arrested, where, on interview, he admitted making drone deliveries to prison.

Detective Constable Adam Cronshaw of GMP’s Serious and Organised Crime Group, said: “Keegan was essentially an airborne drug dealer. He knew that trafficking drugs and phones into prison can be very lucrative and thought that by using drones he wouldn’t get arrested.

“There are dangerous side effects of taking synthetic cannabinoids which put both prisoners and staff at risk. Bullying often takes place between prisoners who run up large drugs debts.

“The mini mobile phones he attempted to smuggle in can be used to facilitate serious crime, witness intimidation and planning of escapes.”

“GMP’s continued partnership with HMP Manchester is targeting organised crime on both sides of the prison walls.”

Prisons Minister Sam Gyimah said: “I am determined to stem the flow of drugs into our prisons and the sentencing today sends a clear message that we will not tolerate this kind of activity. Those who peddle drugs in an attempt to thwart reform should face the full force of the law, which means a police investigation and extra time behind bars.

“I want to pay tribute to the prison staff at HMP Manchester and Greater Manchester Police for their efforts and dedication in preventing contraband from getting into the prison, which we know has a detrimental impact on stability and progress.”