A DOMESTIC abuser who repeatedly assaulted and stabbed his ex-partner has been jailed for 13 years.

Rory Farrell, 30, subjected the woman to a three-month campaign of physical and psychological torment during the initial Covid-19 lockdown.

In one incident, Farrell dangled the woman out of a first-floor window by her ankles and shouted "bye" as he threatened to drop her, before hauling her back inside. 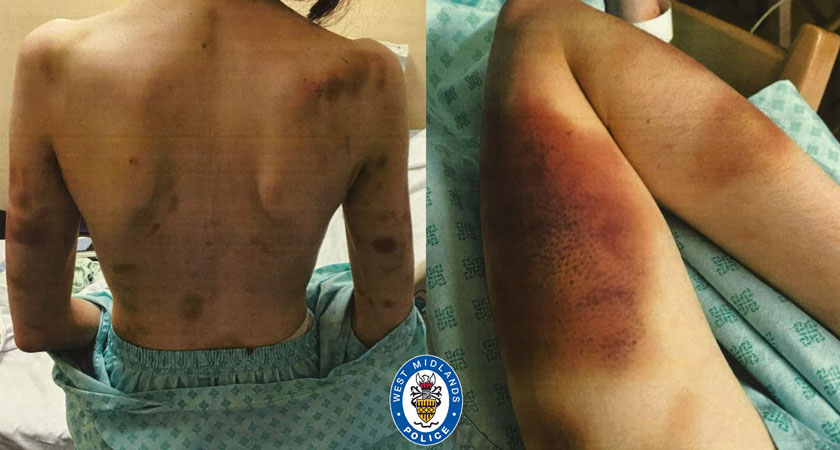 Farrell's victim has authorised the release of images of her injuries (Image: West Midlands Police)

Following his sentencing at Birmingham Crown Court on September 30, police described Farrell as being obsessive and paranoid.

His 20-year-old victim has now authorised the release of images showing the extent of her injuries.

Farrell's campaign of terror began in February 2020 when he hurled a glass jar at the woman just days after his release from prison.

He lashed out at his victim on numerous occasions having accused her, without evidence, of cheating with other men.

Farrell obsessively checked her phone and social media accounts, the aggressive scrutiny rendering her a prisoner in her own home in Birmingham, West Midlands.

On May 8, 2020, a neighbour found the woman outside her flat with two black eyes and nine knife wounds

An ambulance was called and Farrell was arrested later that day.

He was charged with wounding and, though he at first denied the accusations, he went on to admit the offences on day one of his trial.

"Farrell became obsessed with her and her life," said Detective Inspector Andy Bridgewater.

"He convinced himself she had been seeing other men while he was in jail and that paranoia often ended in violence.

"The woman tried reassuring him nothing had happened but in desperation told him he was right in a bid to stop the beatings.

"It must have been an awful situation to be in."