As many as 50 demonstrators representing the protest group Animal Rebellion gathered at centres in Hempstead, Basingstoke, Coventry and Heywood in Greater Manchester.

Using lorries and bamboo structures, they succeeded in preventing deliveries from leaving the centres.

They have already announced their intention to remain at the sites for a minimum of 24 hours with the express aim of causing “significant disruption” to the fast food giant’s supply chain.

Animal Rebellion is calling on McDonald’s to commit to becoming a fully plant based fast food chain by 2025.

In the immediate, protesters are calling for McDonald’s to engage with activists in order to establish a workable solution to the current situation.

“We’re waiting for them to come talk to us, or we’ll stop their distribution to all 1,300 restaurants ALL DAY,” one tweet wote.

While McDonald’s is planning to introduce a new range of plant-based meat alternatives from 2021, that does not go far enough for these demonstrators. 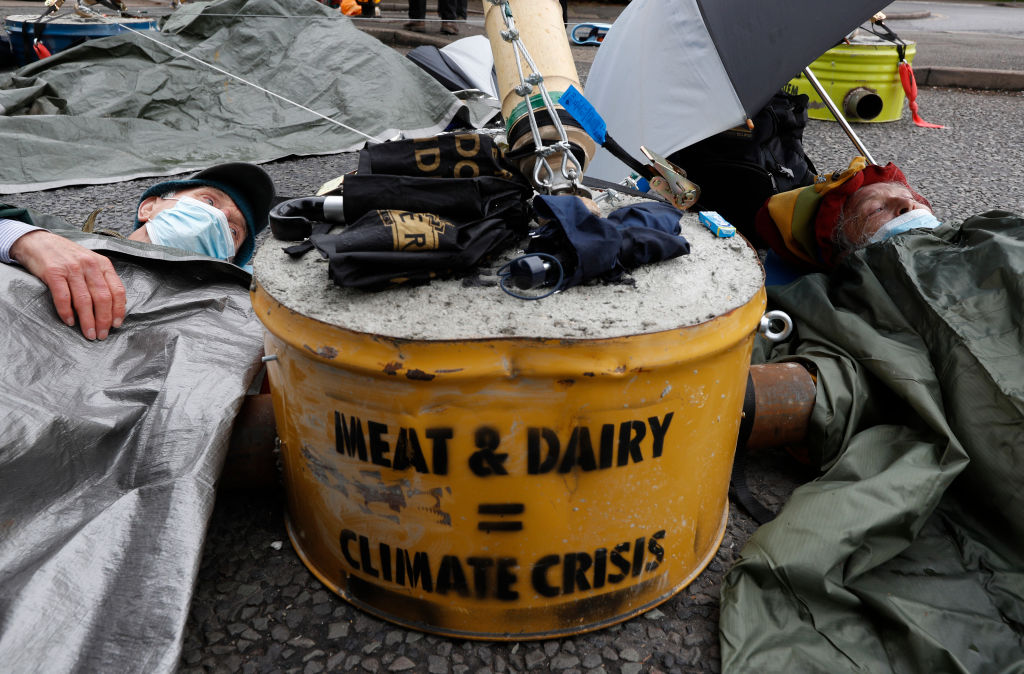 He continued: “The only sustainable and realistic way to feed 10 billion people is with a plant-based food system. Organic, free-range and “sustainable” animal-based options simply aren’t good enough.”

McDonald’s currently has no plans to entirely remove meat options from its menu.

The current disruption is likely to impact the restaurant chain’s UK outlets though Ireland appears unaffected.