THE MOTHER of a two-year-old who died in 2013 has made an emotional appeal for a stolen lock of hair belonging to the child to be returned.

At 10.30pm on Wednesday 20 March, 35-year-old Kirsty Baldwin got into A car at Birch Services, Eastbound, putting her handbag on the passenger seat beside her.

But before she could lock her car doors and drive away, a man opened the passenger seat door and grabbed her handbag.

He was seen getting into another car driven by a woman before making a getway.

The handbag contained an iPad and a large amount of cash in Euros.

Unbeknownst to the thief, the purse also contained Kirsty’s most treasured item; a lock of blonde hair that belonged to her two-year-old daughter Ellie Louise Baldwin who sadly died six years ago. 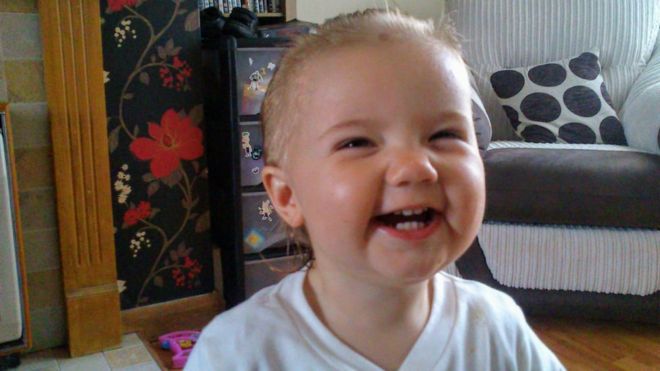 Appealing for the item to be returned, Kirsty said: “Our daughter died unexpectedly of bronchial pneumonia and the lock of hair is all we had left of her apart from the clothes she had the night she died.

“Please, if anyone finds the lock shown in the picture, please do the right thing and hand it in to your nearest police station. Thank you.”

The thieves were driving a small, dark grey/black vehicle in poor condition at the time of the theft, with the part of the car’s number plate said to read EE55, EE54 or EE52.

The man who stole the purse is described as white with unkempt hair while the woman driving the getaway car is white, between 40 and 50-years-old, with long, tied up, dark hair.

She’s said to be around 5ft 7in tall and haggard looking. 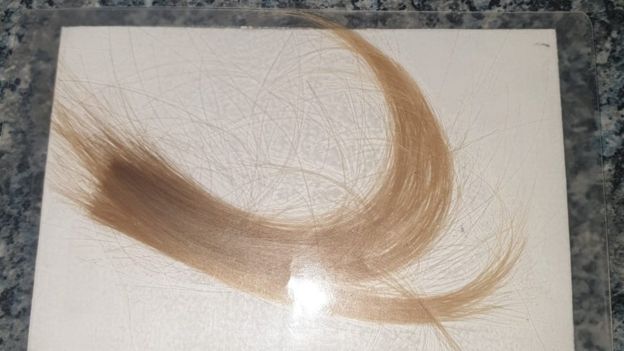 “Robbery in any circumstance is particularly distressing but Kirsty and her family have been left devastated.

“The hair is such a precious item that cannot ever be placed and she’s desperate it’s returned to her.

“We’re hoping the offenders or whoever has any information about this robbery hear this story and return the hair as soon as possible.”

Details can also be passed on anonymously to the independent charity Crimestoppers on 0800 555 111.