BREXIT Party leader Nigel Farage has had a milkshake thrown over him in Newcastle during a walkabout in the city centre.

Farage was quickly ushered away by his security and the man who decided to ‘offer’ his drink to the party leader was lead away by a police officer. 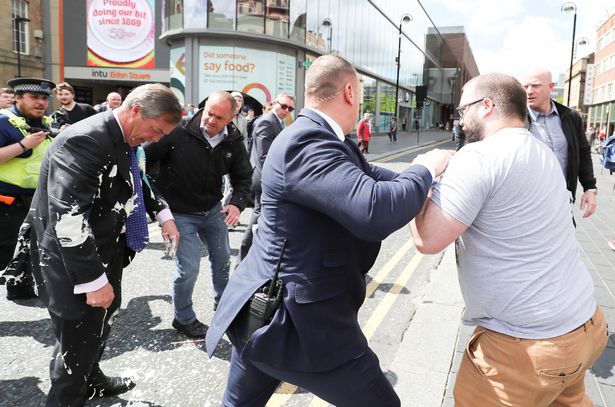 After the incident, Farage fumed at his security staff saying: “How did you not stop that from happening?”

“It’s a complete failure. You could’ve spotted that a mile off,” he said after being whisked away with a disgruntled look on his face.

This drink-throwing debacle follows a number of dairy-based demonstrations recently.

Far-right political activist and founder of the English Defence League Tommy Robinson had two milkshakes thrown over him in the space of two day earlier this month in Bury and Warrington respectively.

Last week UKIP candidate Carl Benjamin had a milkshake thrown at him in Truro, Cornwall.

The following day a UKIP battle bus was doused by a milkshake in Plymouth, Devon.

Farage was quick to take to Twitter to express his frustration with the situation. 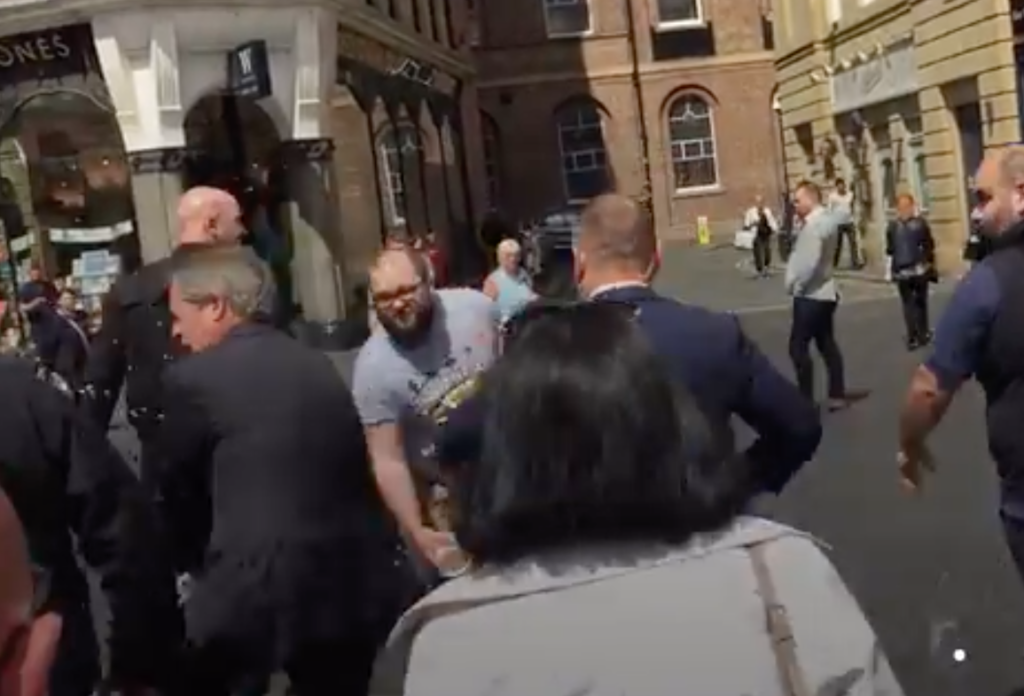 The moment where Farage is hit by the milkshake

“Sadly some remainers have become radicalised, to the extent that normal campaigning is becoming impossible,” he tweeted.

“For a civilised democracy to work you need the losers consent, politicians not accepting the referendum result has led us to this.” 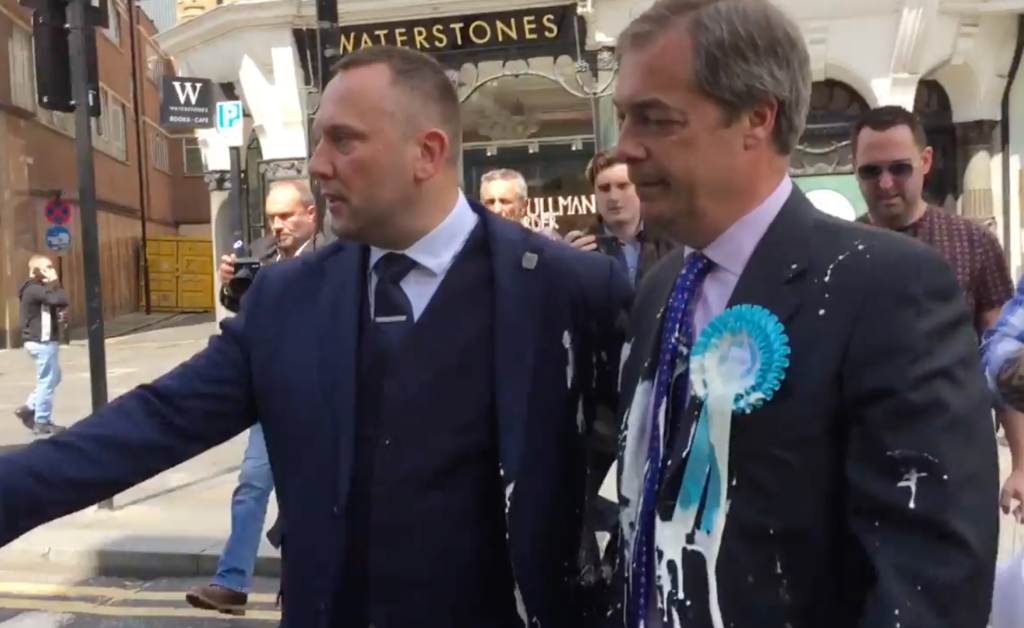 Farage is ushered away by his security team

Sadly some remainers have become radicalised, to the extent that normal campaigning is becoming impossible.

For a civilised democracy to work you need the losers consent, politicians not accepting the referendum result have led us to this.

Paul Crowther, the man who allegedly threw the beverage at Farage claimed it was a Five Guys banana and salted caramel milkshake.

The 32-year-old from Throckley, Newcastle, said: “I didn’t know he (Farage) was in town, I thought this was my only chance.” 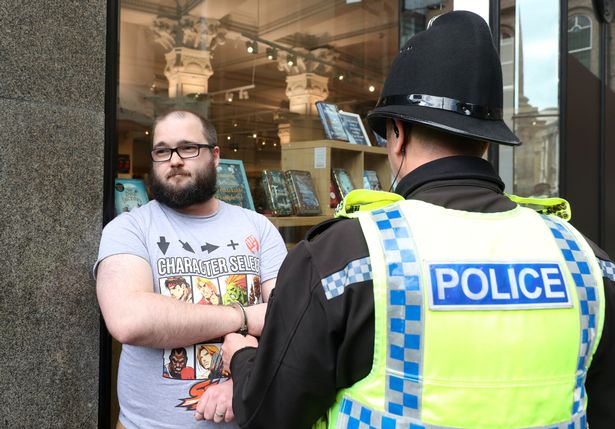 “It’s a right of protest against people like him.

“The bile and the racism he spouts out in this country is far more damaging than a bit of milkshake to his front.” He explained.