AT LEAST five people have been killed and two others wounded by a man armed with a bow and arrow following a terrifying attack in Norway.

Among the dead are four women and one man, all believed to be aged between 50 and 70-years-old.

Police were first alerted to the situation at around 6:15 local time on Wednesday evening, and were called out to the town of Kongsberg, south-west of the Norwegian capital Oslo.

A 37-year-old Danish man was arrested half an hour after the attack began and is currently being questioned in custody.

The suspect is reportedly a Muslim convert who was known to police, who had been in contact with him previously over fears of radicalisation. 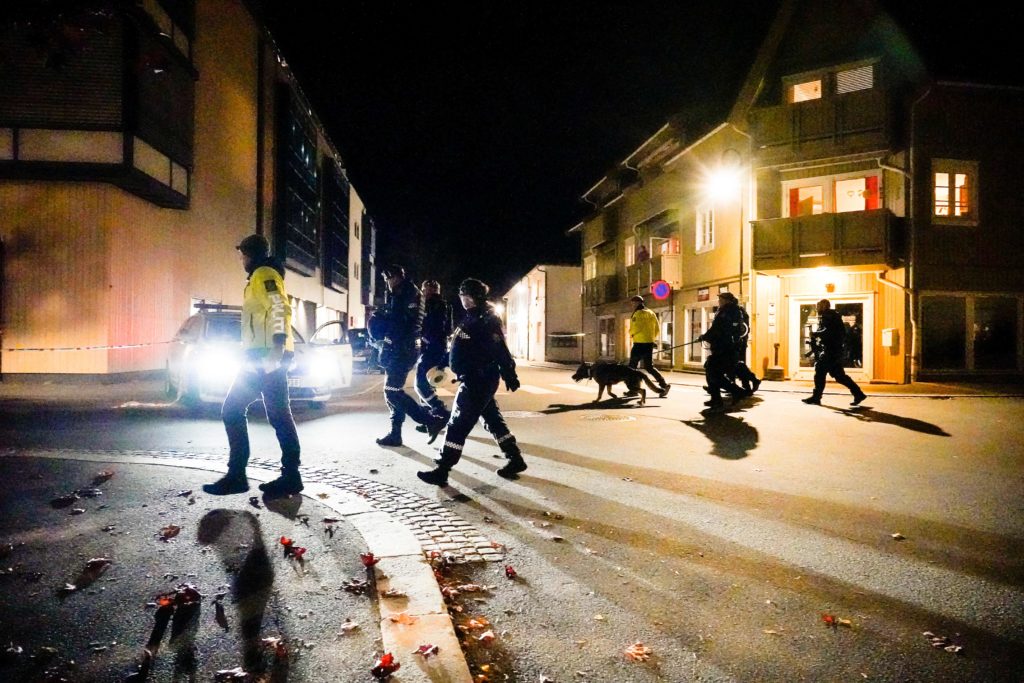 TOPSHOT - Police officers cordon off the scene where they are investigating in Kongsberg, Norway after a man armed with bow killed several people before he wasarrested by police on October 13, 2021. - A man armed with a bow and arrows killed several people and wounded others in the southeastern town of Kongsberg in Norway
It's understood that he had also been in contact with the Norwegian health services 'several times'.

Witnesses to the attack described hearing "women's screams" at the scene, adding that it sounded like "a death cry".

The attacker is said to have launched the assault inside a Coop Extra supermarket on Kongsberg's west side. One of those injured was an off-duty police officer who was in the shop at the time.

It ended after police fired warning shots at the suspect.

The attack was Norway's deadliest since far-right extremist Anders Behring Breivik murdered 77 people, most of them at a children's Labour Party summer camp on the island of Utoya in July 2011.