The Big Freeze of 1947 (pic: Donegal Weather Channel on Facebook)

On 19 January 1947, Ireland and the United Kingdom entered into an unprecedented period of cold weather which brought with it two months of difficulties.

Known as 'The Big Freeze', it brought transport to a halt and saw the introduction of rationing, with the death rate in Dublin more than doubling in that period.

The freeze was caused by an anti-cyclone which had its centre located over Norway and Sweden and brought temperatures of -14°C, five major blizzards and snowdrifts of 12 to 20 feet.

Cars, buses, houses and villages were buried, roads were blocked, and the ordeal coincided with the worst fuel crisis in the country's history - forcing nearly half of all Dubliners to burn furniture to survive, according to Kevin C Kearns, historian and author of 'Ireland's Arctic Siege: The Big Freeze of 1947'.

Ireland had just come out of the Emergency, and the United Kingdom was also severely impacted from 23 January onward. 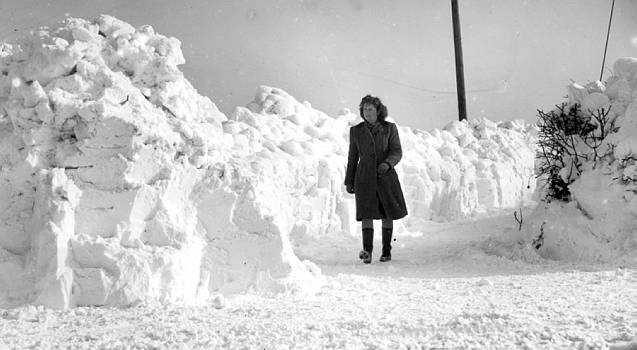 Snowfall heavily impacted transport and the daily lives of the people of Ireland and the UK during the Big Freeze. (pic: Donegal Weather Channel on Facebook)

Animal herds froze or starved to death. People suffered from the persistent cold, and many businesses shut down temporarily.

On 24 January, the cold spell got much worse for Ireland, with temperatures falling between -2°C and -6°C.

The temperature did not rise above 5°C at the Dublin Airport weather station between 22 January and 7 March, an exceptional weather event report from Met Éireann states.

"Different ares of the country experienced snow at various times throughout the period of severe cold", with the most notable falls occurring on 2, 8, 21 and 25 February and 4 March, the report says. 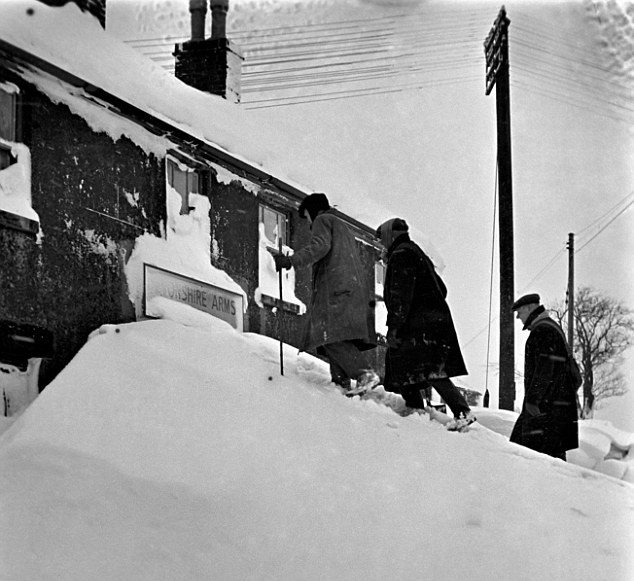 In some cases, buildings were fully snowed in. (pic: Donegal Weather Channels on Facebook)

It describes how the country's telephone system had barely recovered from the snowfall on 2 February when what was described by one newspaper as the "greatest blizzard" of 25 February struck.

They weather was so bad in the south and southeast of the country that attempts had to be made to reach people trapped in in Co Wicklow for four days until 8 March.

Unfortunately, a tragedy occurred on 2 March when ice covering a quarry that children were playing hockey on in Kimmage, Co Dublin, cracked.

Six children went under the water, leading to the death of three of them.

When warm weather returned, the ice thawed and flooding was severe in most low-lying areas.

Kearns believes that the death toll of the Big Freeze to be in the hundreds, although it was never officially recorded.

(Additional information sourced from 'This Day in Irish History' by Joe Coffey, available now in bookstores)