WORKING from home has its advantages, that's for sure. You get a little longer in bed, you get to spend a little more time with your loved ones, and you get to talk to your colleagues with your trousers off ... hang on, what?

According to a recent survey, one in five people have admitted to joining work-related video-calls while wearing nothing below their waist but their underwear!

Irish broadband provider Imagine surveyed over 500 people to find out how social interaction has changed over the course of the Covid-19 pandemic and throughout numerous lockdowns. 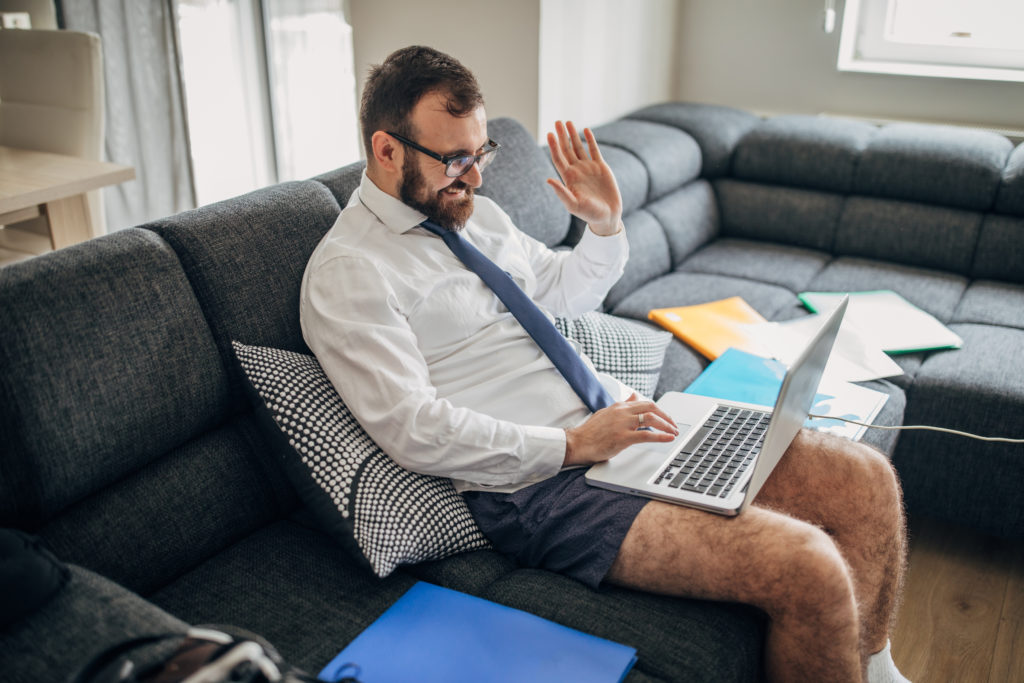 We've all been there, right?

Results showed that 29% of us have faked a bad internet connection to get out of a Zoom meeting.

And remember those weekly family quizzes? Apparently the majority of participants didn't even want to be there! A whopping 64% of respondents said they didn't enjoy them. So much for family then!

Meanwhile, 57% of people said they're suffering from 'Zoom fatigue', having spent over a year in constant video meetings.

This is understandable, as 16% of people say they're logging in to nine or more Zoom calls each week, while 38% say they're averaging around one or two per week.

But undoubtedly, the underwear revelation is the most stark(ers).

An Imagine Broadband spokesman said of the results: "With one in five admitting to going pants-less during work hours, it's fair to say our survey has brought a new meaning to 'boardroom briefs'.

"This past year has really highlighted the need for quality broadband, particularly in rural areas, and we're proud to have the capability to deliver high-performance broadband in more areas than any of our competitors."