PEAKY BLINDERS is bolstering its Irish contingent ahead of the hit show's fifth series.

Four Irish actors have been added to the cast of the Birmingham-set crime drama, with Brian Gleeson, Charlene McKenna, Emmet J Scanlan, and Daryl McCormack joining a star-studded line-up of new additions to the show.

Other new additions to the Peaky Blinders cast include Kate Dickie, Cosmo Jarvis, Elliot Cowan and Neil Maskell for a series that will see Cillian Murphy's gangster-turned-politician Tommy Shelby facing off against his greatest foe yet: the British government.

"The story of the Peaky Blinders and of the Shelby family gets woven into the political fabric of Britain and Europe as the 1920s end and the '30s begin," creator Steven Knight previously revealed.

"Tommy Shelby faces the darkest force he has ever faced, and his struggle is as relevant today as it was then."

Gleeson, who is best known for Love/Hate, and recently appeared in Darren Aronofsky's mother! has already spoken of his excitement at joining the series.

"Looking forward to kicking around in the mud of Northern England with an exceptional cast and crew," he said.

"The scripts are wild and pertinent - a classic Peaky brew." 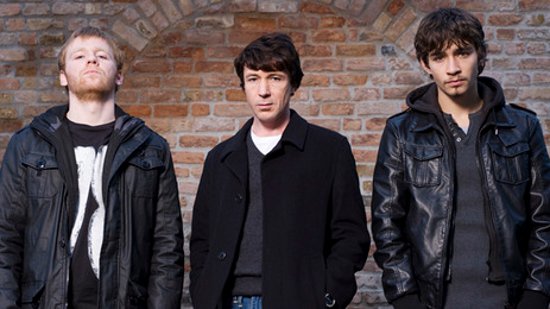 Claflin, meanwhile, said, "From Steven Knight's writing to the consistently brilliant production, I couldn't feel more privileged to be invited to join this iconic show".

There's no word yet on whether Tom Hardy will return in some capacity.

Peaky Blinders will return in 2019.