Share this article:
THESE are the stunning photos of Kent Train Station in Cork, which has suffered damage after strong winds blew off the canopy that covered two of its platforms.
Three people were injured in the incident, with one person being taken to hospital for their injuries.
Part of the roof collapsed at around 3pm onto a train that was at the platform, which was not in service at the time. 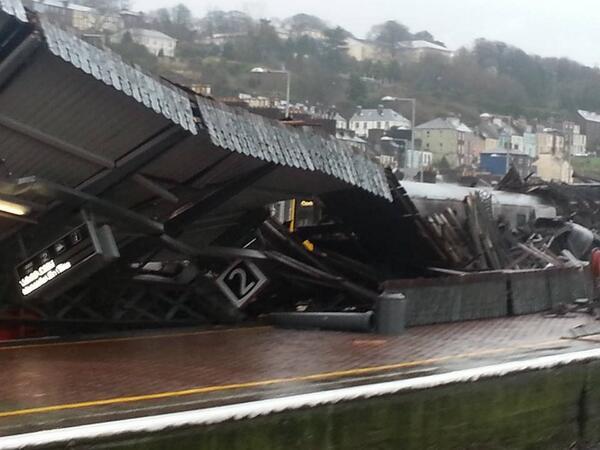 Photo credit: Photograph taken by a train driver moments after the incident

Several cars in the neighbouring car park werealso  damaged after the canopy landed on them.

Iarnród Éireann have since closed the station and said: "Emergency services are at the scene, and it is understood that one customer has been injured, although thankfully the injuries are not life threatening.

"While there were high winds and rain in the area at the time, the cause of the incident is not known at this time, and will be the subject of a full investigation." 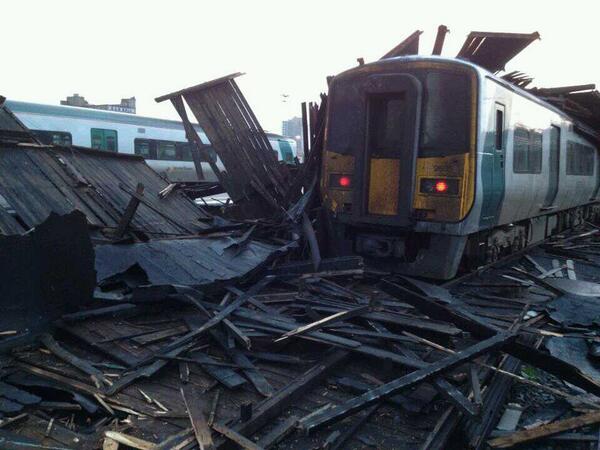 Despite high winds and bad weather, the specific cause of the roof collapse is not yet known and a full investigation will be carried out. 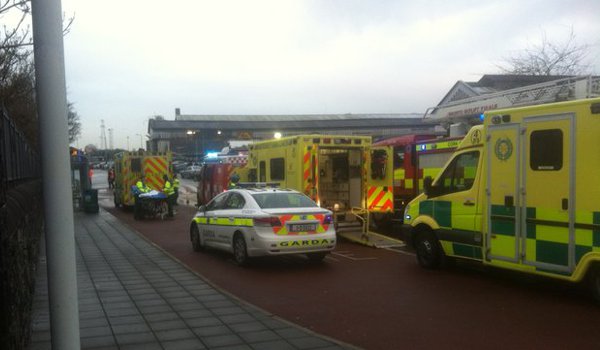