The area remains sealed off today as police continue their investigation (Image: Getty)

The two men, both aged in their 20s, are being held after the explosion outside Derry Courthouse on Bishop Street

Police said the suspected attack was ‘absolutely reckless’ and could have killed.

The vehicle had been hijacked from a pizza delivery driver by two armed men at around 6pm, reports BBC News NI.

It was parked at the courthouse at 7.23pm and a warning call was made to the Samaritans in the West Midlands three minutes later.

The organisation contacted West Midlands Police who notified their colleagues in the PSNI, by which time officers were already investigating the vehicle. 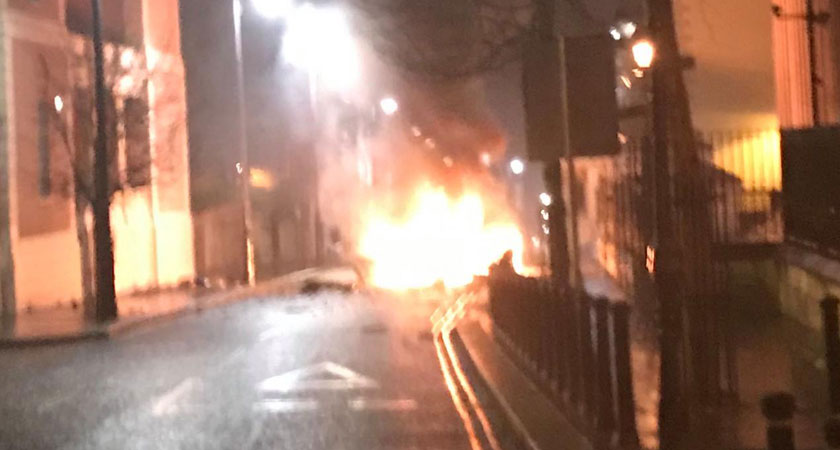 The explosion happened just minutes after police received information that a device had been left at the courthouse (Image: PSNI)

“At around 7.55pm last night officers on patrol in Bishop Street spotted a suspicious vehicle and were making checks when, around five minutes later, information was received that a device had been left at the courthouse,” said Assistant Chief Constable Mark Hamilton.

"We moved immediately to begin evacuating people from nearby buildings including hundreds of hotel guests, 150 people from the Masonic Hall and a large number of children from a church youth club.

ACC Hamilton said the perpetrators had nothing to offer the Derry community.

“This attack was unbelievably reckless,” he said.

“Thankfully the attackers failed to kill or injure any members the local community out socialising and enjoying the best of what the city has to offer. 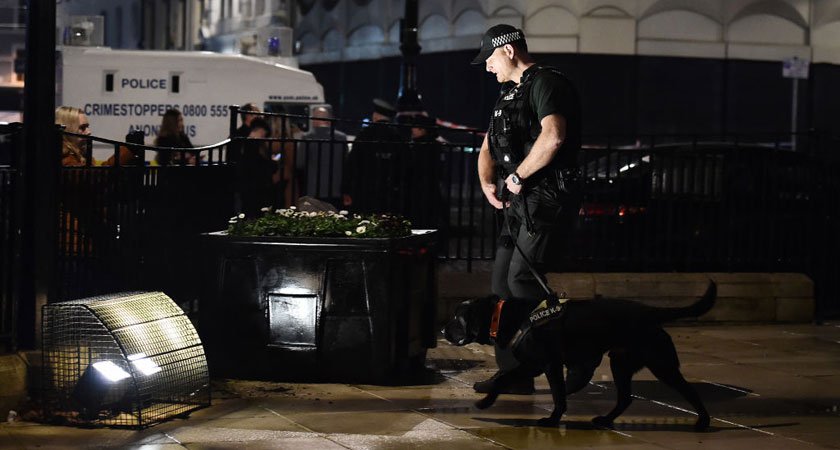 A PSNI officer and a sniffer dog examine the area after the explosion (Image: Getty)

"The people responsible for this attack have shown no regard for the community or local businesses. They care little about the damage to the area and the disruption they have caused.

“The area remains sealed off and church services at St Augustine’s has been moved to St Peters and the Cathedral services have been cancelled this morning as a result.”

Anyone with information is asked to contact police on 101.

Irish woman, 61, 'fighting for her life' after being shot through her living room window in Derry