POPE FRANCIS has become the latest world figure to congratulate Joe Biden on his victory in the US election.

The Pontiff spoke to the President-elect on the phone this past Thursday, November 12, according to a statement from the Biden Transition Team.

"The president-elect thanked His Holiness for extending blessings and congratulations and noted his appreciation for His Holiness' leadership in promoting peace, reconciliation, and the common bonds of humanity around the world."

According to the statement, the pair discussed issues around climate change, immigration and renewed efforts to help the disadvantaged.

"The president-elect expressed his desire to work together on the basis of a shared belief in the dignity and equality of all humankind on issues such as caring for the marginalised and the poor, addressing the crisis of climate change, and welcoming and integrating immigrants and refugees into our communities."

Pope Francis has spoken frequently throughout the pandemic of his desire to end inequality once life returns to normal. 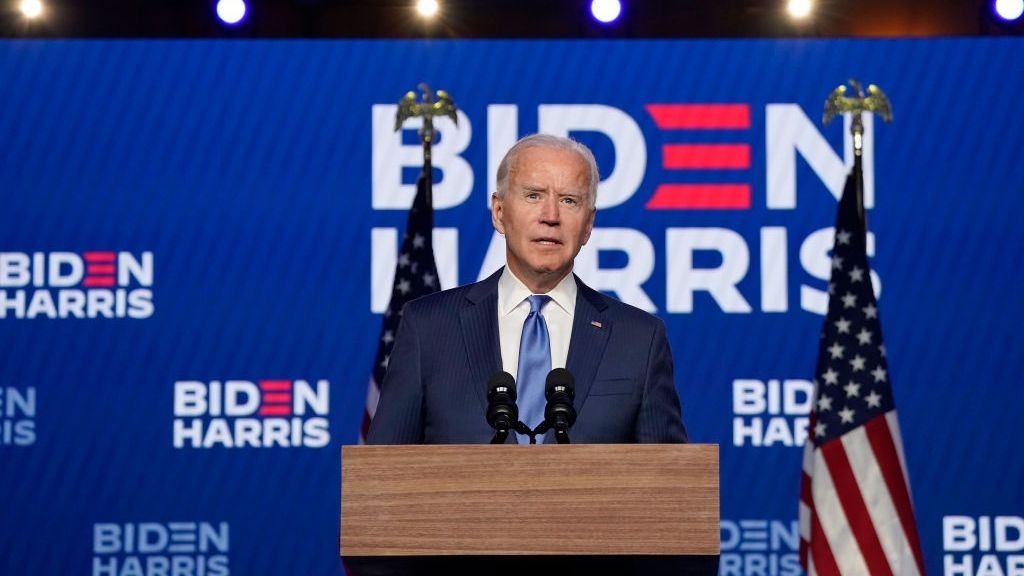 Biden is set to become only the second Catholic President of the United States, following in the footsteps of another Irish-American leader, John F Kennedy.

The President-elect has met Pope Francis on two occasions, in 2013 and then again in 2016.

He also met Pope John Paul II during a visit to the Vatican back in 1980.

A deeply devout Catholic, Biden previous quoted a passage from the Pope’s most recent encyclical while out on the campaign trail.

He also reference the hymn "On Eagles' Wings" during his victory speech saying "it captures the faith that sustains me and which I believe sustains America".

"The Bible tells us that to everything there is a season – a time to build, a time to reap, a time to sow. And a time to heal. This is the time to heal in America,” he told supporters at the event.