IRELAND experienced a record year for overseas tourism to the country last year, with more than 10million visiting in 2018.

According to the Central Statistics Office, the total number of trips to Ireland last year by overseas residents was 10,616,300, an increase of 6.9 per cent on 2017.

The biggest increase was among residents of the US and Canada, the 2,383,800 trips to Ireland in 2018 representing a 13.4 per cent increase on the year before.

Meanwhile visitors from Europe, excluding Britain, increased by 9.5 per cent to 3,812,700.

“Ireland welcomes 10 per cent of all American visitors to Europe – particularly noteworthy given the intense competition from other destinations,” said Niall Gibbons, CEO of Tourism Ireland. 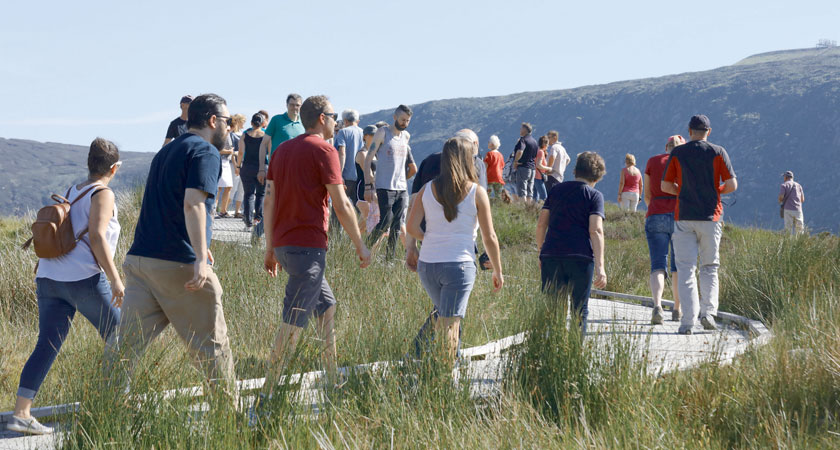 “We have also seen record numbers arriving here from Australia and developing markets (+6.7 per cent); and from Mainland Europe (+9.5 per cent), with important markets like Germany and Italy recording really good growth.

“Increases in direct air access, plus our market diversification strategy, have been key factors.

“Tourism Ireland has prioritised North America and Mainland Europe, as markets which offer a strong return on investment, in terms of holiday visitors and expenditure.”

However this followed a fall of almost five per cent from the 3,924,100 visits in 2016, which Gibbons attributed to Brexit uncertainty.

“While we welcome the fact that arrivals from Britain are up almost +1 per cent, the continued uncertainty around Brexit, and its impact on outbound travel from Britain, remains a real concern,” he said.

Ireland’s most popular tourists attractions have been revealed