LAB TESTS failed to find any “amplifiable tuna DNA” in a Subway tuna sandwich, to a report by the New York Times has claimed.

According to the story, The Times submitted “60 inches worth of Subway tuna sandwiches” purchased from three different Los Angeles branches of the popular fast-food outlet.

The tuna was removed from these sandwiches and frozen before being sent to an unnamed commercial food testing lab.

The Times paid the lab $500 to conduct a PCR test to determine if one of five different tuna species were present.

The study failed to identify tuna DNA in any of the sandwich filling submitted.

Worse still, the lab was unable to determine the type of fish present in the sandwiches.

The results stated: “No amplifiable tuna DNA was present in the sample and so we obtained no amplification products from the DNA. Therefore, we cannot identify the species.”

A spokesperson for the lab said they were able to draw “two conclusions” from the analysis.

“One, it’s so heavily processed that whatever we could pull out, we couldn’t make an identification,” they said.

“Or we got some and there’s just nothing there that’s tuna.”

Despite these results, The Times stressed that, according to at least one tuna expert, the protein present in tuna can be difficult to find once broken down during the cooking process. 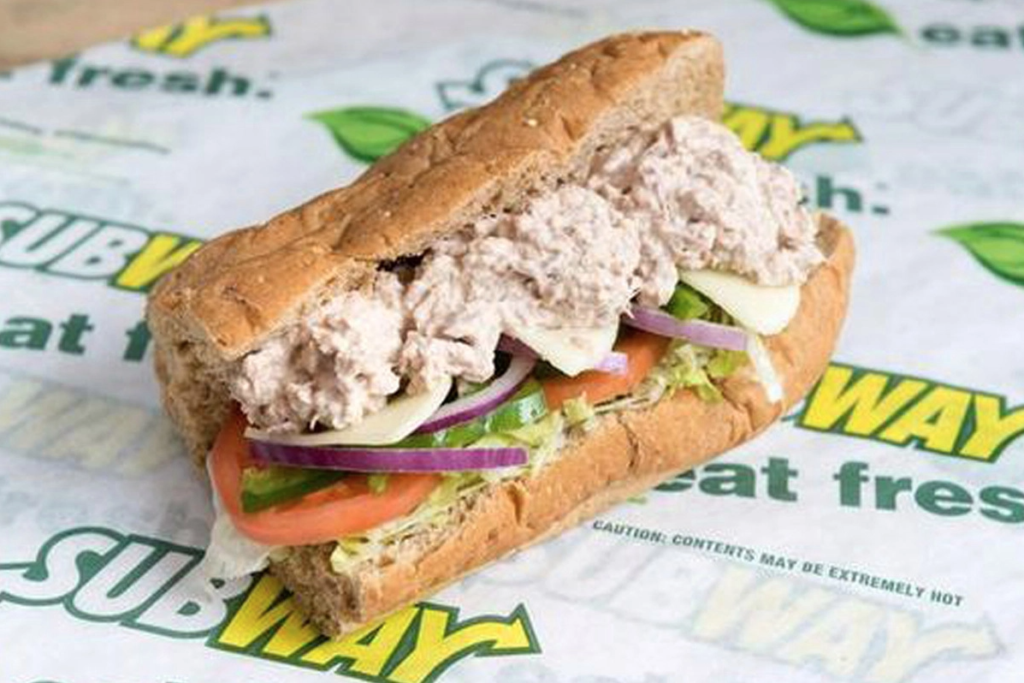 The experiment follows on from a lawsuit, filed earlier this year, that alleges Subway is serving “a mixture of various concoctions that do not constitute tuna” to customers.

It claims that independent lab tests found the sandwich company had been blending unknown ingredients together to create something that can “imitate” tuna’s appearance.

A similar experiment, conducted by Inside Edition back in February, did find Subway sandwiches purchased from three of the chain’s outlets contained tuna.

In an email to The Times, Subway rebuffed these fresh claims, insisting it "delivers 100 percent cooked tuna to its restaurants, which is mixed with mayonnaise and used in freshly made sandwiches, wraps and salads that are served to and enjoyed by our guests."

The allegations come less than a year after Ireland’s Supreme Court determined that the bread using in Subway sandwiches could not legally be referred to as bread due to the amount of flour used in the dough they are baked with.