The veteran singer, who is an ardent fan of the Glasgow club, make the remarks aimed at Mr. Johnson in a tweet thanking fans after his 10th album had topped the charts.

Stewart tweeted: “Thank you once again to my legions of fans who I will never take for granted.

The comments have come in for criticism from Celtic fans online as well as some Scottish nationals and non-Tory voters.

“Well done Boris? Stay away from Celtic please,” one wrote.

“Well done who? Don’t come back to Celtic Park,” a second added.

Other fans warned Stewart not to return to Scotland in the wake of the remarks.

One said “Please don’t come back to Parkhead or Scotland for that matter,” with another asking “Well done Boris? Get a grip man, thought you were Scottish!” 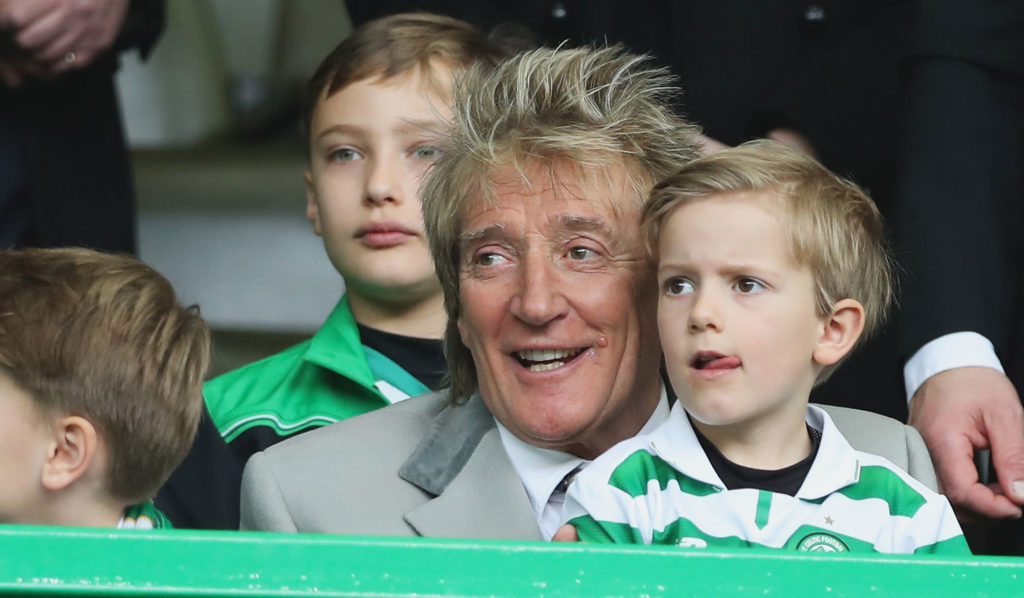 Rod Stewart and his son Aiden at a Celtic home game against Rangers in 2017 (Image: Getty)

Last September Stewart revealed he had secretly been battling prostate cancer for the past three years.

The Maggie May singer was diagnosed with the illness back in February 2016 following a routine check-up.

The 74-year-old made the revelation during a speech at a fundraising event for the Prostate Project charity.

The UK’s most common form of male cancer, thankfully Stewart has been in remission since July, having caught the disease early.

A father to eight children, the singer said a positive outlook was crucial to getting through the draining and at times difficult treatment.

"Guys, you've got to really go to the doctor," he said, according to the Daily Mirror.

"Finger up the bum, no harm done.

"No one knows this, but I thought this was about time I told everybody.

"I'm in the clear, now, simply because I caught it early. I have so many tests."