A lifeboat crew from County Mayo were commended for their dedication after completing the 12-hour sea rescue of three fishermen who were left stranded after their boat broke down.

A Royal Navy Lifeboat Institution (RNLI) team took to the water at around 4am on Monday after receiving a request for help from the Irish Coast Guard. The RNLI team of volunteers were tasked with going to the aid of three fishermen stuck aboard a 10-metre vessel that had encounter difficulties some 38 miles from Ballyglass.

The boat had got into difficulty after it had fouled its propeller. Under Coxswain James Mangan along with four other crew members, a lifeboat was launched and immediately made its way to the area of water near Donegal Bay where the boat was stranded.

With weather conditions at the time reported to be good, the lifeboat crew was able to arrive swiftly, completing an assessment of all those onboard before establishing a towline with the fishing vessel. The slow journey back to the safety of Killybegs then began, with the party eventually arriving in the region at 10:30am. 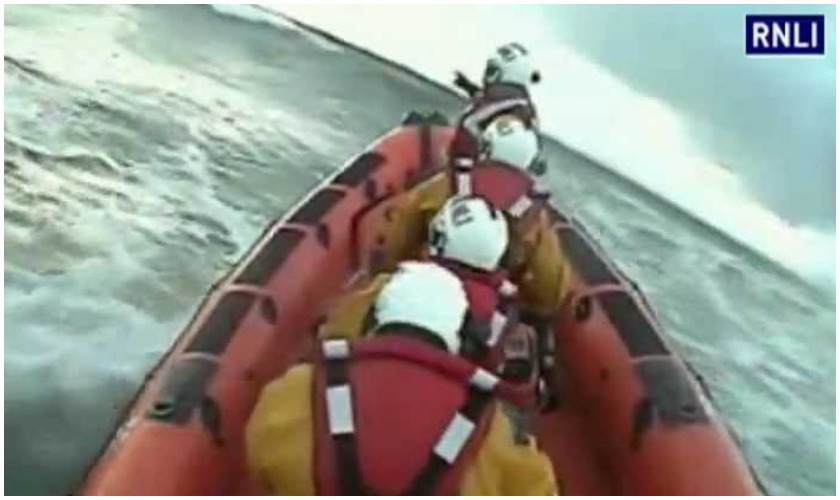 After a short break, the lifeboat crew began their return journey back to Ballyglass. The lifeboat was ready for service again by 3:30pm. Padraic Sheeran, Ballyglass RNLI Lifeboat Operations Manager, hailed the efforts of the crews on both boats.

"The fishermen did the right thing this morning, raising the alarm when they got into trouble and we were delighted to be able to help them return to shore safely," he said. "This was an early morning call-out for our volunteers who got out of their beds to respond to their pagers and make their way to the scene.

"Given where the boat had got into difficulty into Donegal Bay, by the time we reached the scene and towed the vessel safely into Killybegs and made the passage back, our crew had spent 11-and-a-half hours at sea.

"This is what they are trained for and prepared to do but their efforts today are commendable, and I would like to thank our volunteer team for their willingness, time and dedication."