RUTH LANGSFORD has taken a swipe at her reported successor Alison Hammond after both she and Eamon Holmes were 'axed' from their Friday slot on This Morning.

Langsford said that she and her husband have "put the work in" for their television careers, and that they "didn't do a reality show and get an overnight job on the telly".

This was perceived as a jibe at Hammond, who rose to fame following a stint on Big Brother in 2002.

Ruth and Eamon, who have co-hosted ITV's This Morning together on Fridays since 2006, are said to be "devastated" with the decision for them to be replaced.

Speaking to the Mirror's Notebook Magazine, Ruth said: "We've put the work in. We didn't do a reality show and get an overnight job on the telly.

"We've come up through the ranks.

"Eamon was only 19 when he started out, and he was doing the teatime news in Belfast during The Troubles," she said. 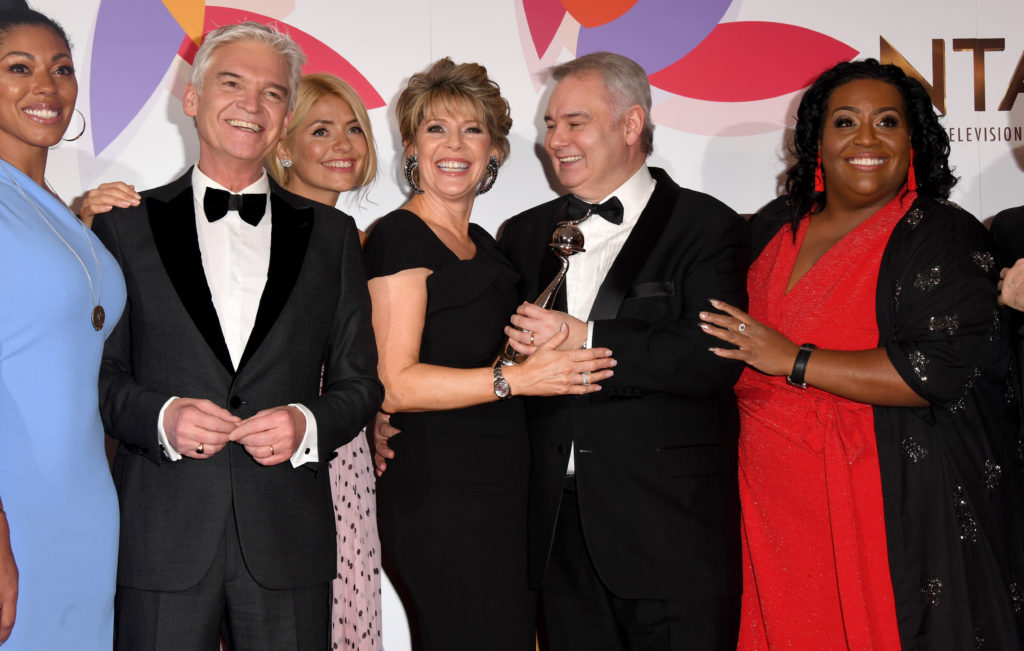 Ruth Langsford, Eamonn Holmes and Alison Hammond with the Daytime award during the National Television Awards in 2019

"It was heavy stuff. And he's now got an OBE for services to broadcasting."

Speaking to Belfast Live on Facebook, Eamon suggested that his sacking may have been as a result of an online campaign orchestrated by trolls.

"People say it's water off a duck's back, but people wake up and they know they can get you sacked," he said.

"That's the thing about live TV. It can be very stressful."

Alison Hammond - who will become the show's first black presenter - will now present the show with Dermot O'Leary.