Sainsbury's and Asda have confirmed plans for a £12 billion super-merger to create the biggest supermarket chain in UK history.

Announcing the move this morning, the retailers promised cutomers huge price cuts of around 10 percent on key products - despite fears that thousands of jobs could be lost and hundreds of stores closed.

In a statement, Sainsbury's chairman David Tyler said: "We believe that the combination of Sainsbury's and Asda will create substantial value for our shareholders and will be excellent news for our customers and our colleagues.

"As one of the largest employers in the country, the combined business will become an even greater contributor to the British economy.

"The proposal will bring together two of the most experienced and talented management teams in retail at a time when the industry is undergoing rapid change." 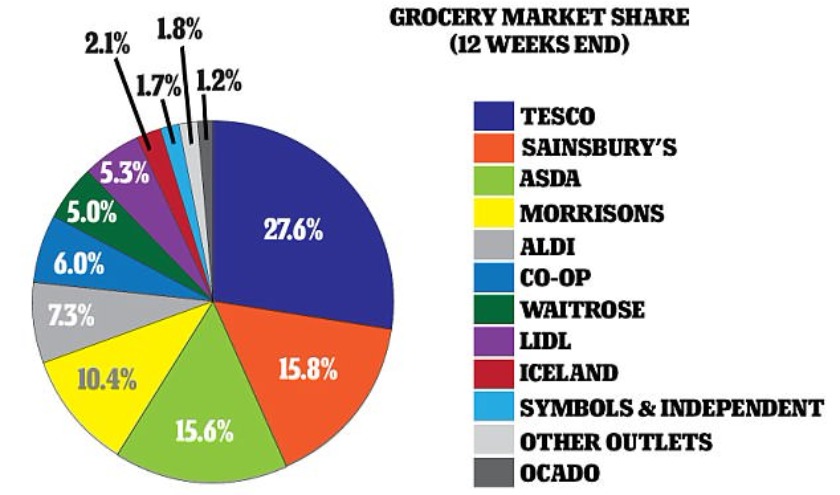 Asda boss Roger Burnley added: "The combination of Asda and Sainsbury's into a single retailing group will be great news for Asda customers, allowing us to deliver even lower prices in store and even greater choice.

"Asda will continue to be Asda, but by coming together with Sainsbury's, supported by Walmart, we can further accelerate our existing strategy and make our offer even more compelling and competitive."

The merger will see Sainsbury's and Asda become the largest retailer in Britain with a combined market share of 31.4 percent compared to Tesco's 27.6 percent.

It's understood that both Sainsbury's and Asda will keep their brands distinct and hope to keep all of their existing stores open.

However, the chains are expected to combine their food-buying teams and work together to drive down prices.