A RECENT UN report about climate and the subsequent rise in sea levels has caused widespread concern around the world.

The report, which was released by the Intergovernmental Panel on Climate Change (IPCC) this week, said temperature rise will hit 1.5C by 2040 even in the best care scenario where greenhouse gas emissions are reduced.

A special map has been produced to show the effect of climate change on Ireland by 2030, and it makes for worrying viewing.

It shows vast areas of the country which could be underwater in less than nine years' time as a result of rising sea levels.

Sections of Dublin, Cork city, Belfast, Derry and Limerick are under serious threat, while coastal areas all over the country are at risk of being permanently flooded in the next decade or so. 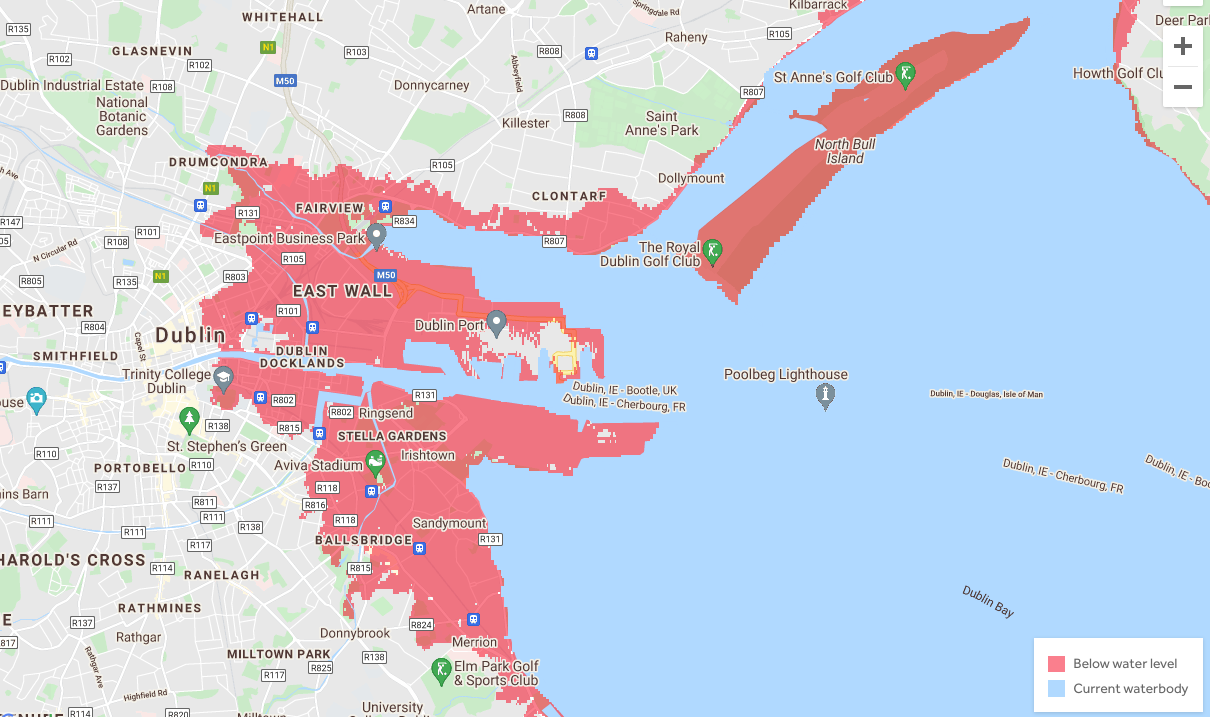 The report has been labelled a "code red" by Taoiseach Michéal Martin, who urged the world to "act fast" in order to save the planet.

"For the first time, the IPCC have broken these impacts down to a regional level, showing that climate change will affect us all," Martin said.

"Our ways of life - urban, coastal and rural - will all be impacted by climate change, with increasingly devastating consequences for lives, livelihoods and nature unless immediate action is taken."

In Dublin, Howth is expected to become an island, while an area stretching from the port to Trinity College is at risk of being submerged. 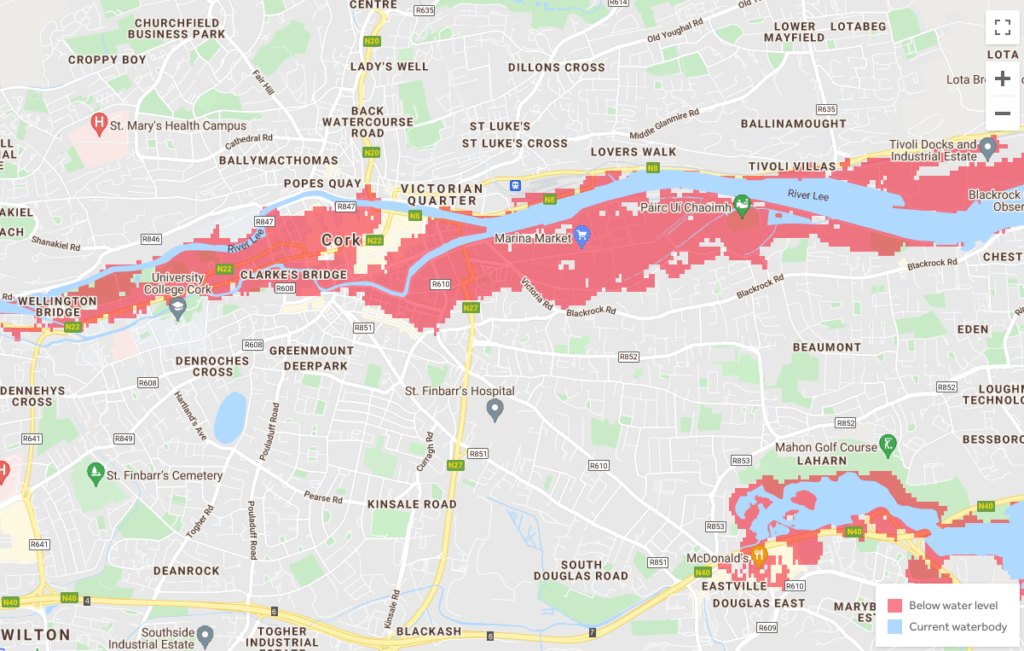 In Cork, places like Cobh and Youghal face an uncertain future, while the famous Marina Market, half of UCC and the entirety of Páirc Ui Chaoimh could soon be submerged if things don't change.

Elsewhere, areas of Kerry, Limerick, Waterford, Galway, Mayo, Louth and Donegal could also be underwater in just a few years. 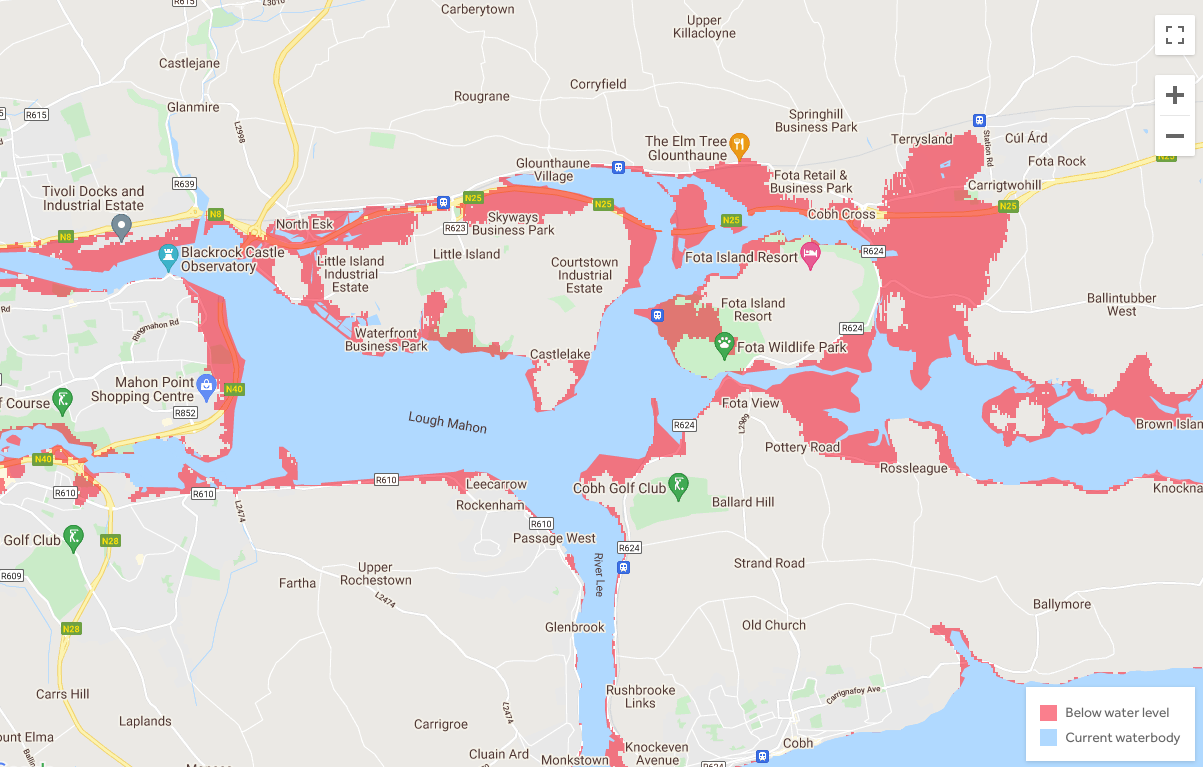 By: James Conor Patterson  -  23 minutes ago