SIX people have been jailed in connection with the murder of 21-year-old Dominic Doyle outside a Manchester pub.

Mr Doyle, from the Denton area, was one of two people seriously injured when they were attacked at the venue on Manchester Road, at around 3am on Sunday, June 7, 2015.

Police were called to the scene after reports of a large disturbance, and when they arrived they found a group of six men launching an unprovoked attack on another group of men.

Mr Doyle died from his injuries in hospital, and a post-mortem examination found he died from stab wounds.

The other victim, Keiron Stacey, 18, was treated for stab wounds in hospital. 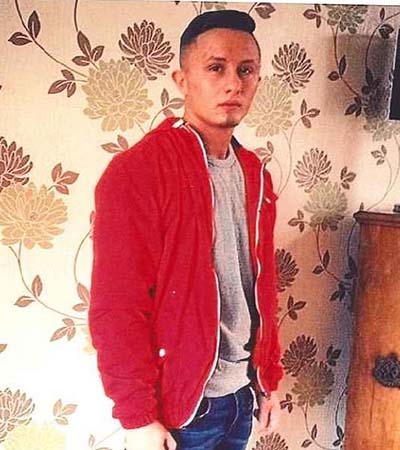 Two days after he died, Mr Doyle's family released a statement paying tribute to him: “Dominic Jay, known as Dom, lived with his mum and dad.

"He was a mummy's boy with a large extended family. He was fun, caring, loving and a cheeky chappie who was loved by everyone who knew him.

“Dom's friends will describe him as a brother, fun loving and the heart and soul of the party.

"He had a heart of gold and would help anyone."

Richard Linehan, 19, of Harley Street, Manchester, who previously pleaded guilty to murder, section 18 assault, and violent disorder, was sentenced today at Manchester Crown Court to life in prison and ordered to serve a minimum of 14 years and two months.

Mitchell Ingham, 15, of Acre Street, Denton also previously pleaded guilty to murder; section 18 assault, and violent disorder and he was sentenced to life in prison and ordered to serve a minimum of 14 years.

Connor Ward, 17, of Hackle Street, Manchester, who had previously pleaded guilty to manslaughter and violent disorder, was sentenced to two years and 101 days in prison.

Colin McDonald, 42, of Acre Street, Denton was found guilty of manslaughter, section 18 assault and violent disorder. He was sentenced to life imprisonment and ordered to serve a minimum of 15 years.

Liam Seabright, 19, of Rowcon Close, Audenshaw was found guilty of violent disorder and he was sentenced to two and a half years in prison.

Diane Ingham, 42, of Acre Street, Denton was found guilty of perverting the course of justice and she was sentenced to three years in prison.

Detective Chief Inspector Ian Crewe from GMP’s Major Incident Team said: “All those sentenced today were involved in extreme violence and time and time again we see these cases where a night out ended in tragedy.

“A young man has lost his life because of a senseless act of extreme violence and a family have to come to terms with that. Another person was extremely fortunate to survive this attack having been left unconscious in the street.

“Today’s sentencing can’t change what happened, but I hope it shows that we will pursue and bring to justice those who commit such vicious acts.”