Slain Garda Tony Golden to be laid to rest in Co. Louth

THE family of a garda who was shot and killed by a suspected IRA man who then killed himself will lay him to rest on Thursday.

Garda Anthony 'Tony' Golden was killed on Sunday by a man named locally as Adrian Crevan Mackin, a Co. Down native who was living in the village of Omeath, Co. Louth.

Further details have since emerged of what may have happened at the couple’s house in Co. Louth where the shooting took place.

Media reports in Ireland suggest that Ms Phillips went to the garda station in Omeath on the Friday before the shooting to report that she had been assaulted.

She meet with Garda Golden to make a statement on Sunday and afterwards, accompanied by the garda and her father she went back to her house.

Mackin, who was awaiting a trial for charges of IRA membership, is believed to have been at the top of the stairs with a gun.

He first shot Ms Phillips and it is believed Garda Golden moved to protect her and was shot himself in the process.

The 24-year-old then turned the gun on himself and pulled the trigger.

Ms Phillips' father, who had remained outside in the car, is reported to have enteredthe house where he discovered his wounded daughter alongside the bodies of Garda Golden and Mackin.

Tributes have flooded in for the Ballina guard, 36, who has been described as an upstanding member of the community who was involved in charity work.

Books of condolence have been opened in Omeath garda station in Co. Louth where he worked, as well as in many public buildings around Ireland.

Speaking on RTÉ Radio One’s Morning Ireland today, Carlingford and Omeath parish priest Fr Joe Kennedy said: “I just thought how inappropriate and incongruous and futile the events of Sunday were – a young man just doing his job, a guardian of the peace.” 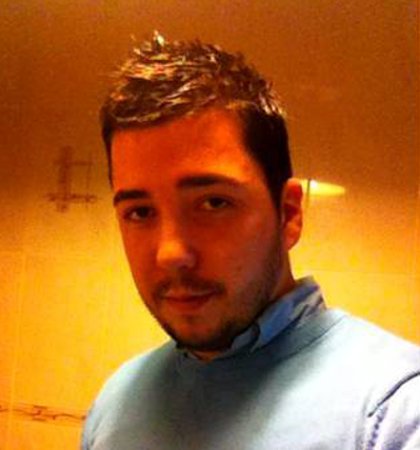 Garda Donohoe’s death came during an armed robbery of a credit union.

Before this a garda had not been shot in the line of duty since 1996.

Garda Golden leaves behind a wife Nicola, along with three children under the age of eight – daughters Lucy and Alex and son Andrew.

Garda Golden’s wife and children will be joined by his parents Breege and David, his siblings and wide circle of friends and colleagues for the burial this week.

Garda Golden will then be laid to rest at St Paul’s Cemetery in nearby Heynestown.

Gardaí continue to investigate the full circumstances surrounding the shooting.

US President Donald Trump claims he is ‘all for masks’