THE RUINS of Staad Abbey – where pilgrims would embark by boat to the holy island of Inishmurray and where survivors of the Spanish Armada sought refuge in 1588 – now stand perilously close to a low sea cliff.

Since the 1830s, the remains of the medieval church, near Streedagh in north Sligo, have been edging ever closer to the sea as coastal storm erosion eats away at the once formidable coastline.

In an interview with RTE, Sligo IT archaeologist Dr Fiona Beglane estimated that, since the 1830s, erosion has brought the crumbling coastline 16 metres closer to the ruins of church.

Almost a metre of that is thought to have disappeared between 2012 and 2014 alone, in what Dr Beglane describes as "a period of especially wild and windy weather with severe winter storms".

The site of the Sligo church is now less than 3.5m from the cliff edge and will soon be at risk of collapsing into the Atlantic Ocean. 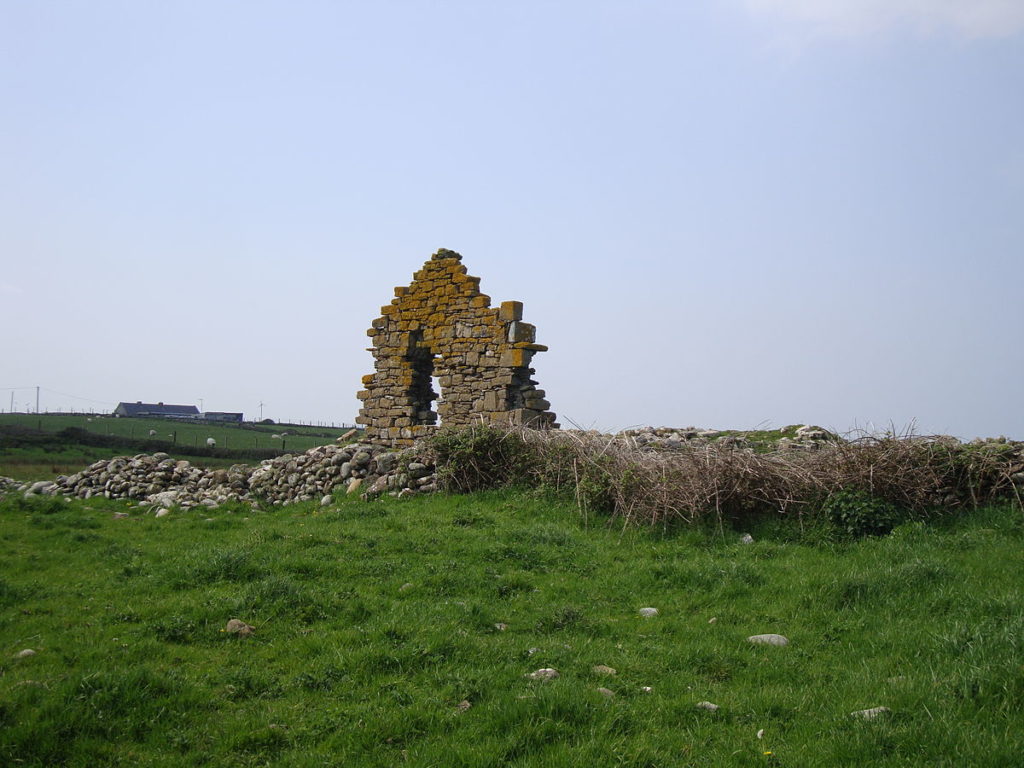 A study by Dr Beglane and archaeologist Jerry O'Sullivan has highlighted the potential loss of not just the ruins of the historically valuable abbey, but also the ancient artefacts that are peppered around it.

Excavations at Staad have unearthed evidence of a more than 4,000 years old bronze age trackway or platform, as well as 3,500 year old lines of preserved wooden posts that may have been used to hold nets to trap migrating birds.

Local residents have been monitoring developments at Staad closely, particularly changes in the cliff edge and the array of artefacts washed out of exposed coastline – including two quern stones and a gunflint found on the beach. Dr Beglane believes the archaeological treasures found at Staad highlight the "urgent need for a large-scale and long-term public response to the impacts of climate and sea-level change on Ireland's archaeological and architectural heritage".

Now is a good time to raise such awareness as the public appetite for ground-breaking archaeological discoveries – which remain the only way to travel back in time and glimpse the secrets of our forebears – is clear from Dig, a popular Netflix film starring Ralph Fiennes and Carey Mulligan.

It documents the landmark discovery of the Sutton Hoo burial ground which landed a literal Anglo-Saxon longship onto the cosy tea party of conventional wisdom surrounding the middle ages – namely that they represented a dark age for culture and civilisation on the British Isles.

Dr Beglane said that current trends show that a site like Staad Abbey, along with others located along Ireland’s over 2,000km Atlantic coastline, are "threatened with their total loss within a generation".

This would entail the loss of " whole classes of sites and monuments at particular risk from the sea, including promontory forts, shell middens, fish-traps, maritime tower-houses, churches and hermitages, shore cemeteries, tidal mills and a wide variety of masonry and timber structures associated with marine traffic", she added.