SNOOP DOGG has announced that he will be coming to Ireland next year for a massive gig which will feature the likes of D12 and Warren G.

The rapper, formerly known as Snoop Lion, has scheduled a six date ‘I Wanna Thank Me’ arena headline tour for the UK and Ireland in April 2020. 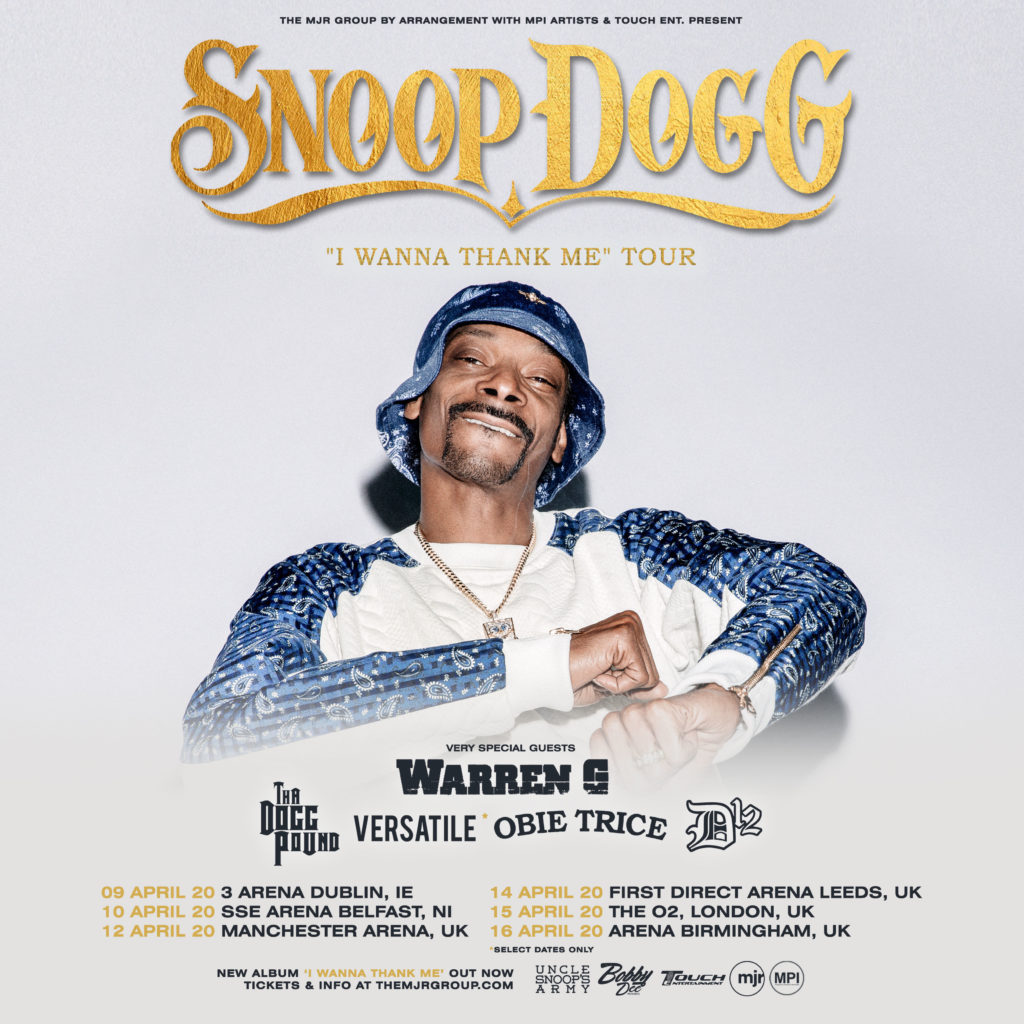 Tickets for the Dublin concert will go on sale via Ticketmaster on Monday, October 7, at 9am.

He'll also be performing in Belfast on the following night (April 10).

The ‘I Wanna Thank Me’ tour marks Snoop’s 25th anniversary as an artist, and coincides with the release of a documentary and album of the same name.

According to a press release, the tour will be "celebrating 25 years of the Snoop Dogg, a career that has seen the Doggfather cement his undisputed influence on music with chart-topping, multi-platinum records, while also solidifying his importance to wider culture as an actor, businessman and more across the board.

"The tour reflects this and sees Snoop Dogg enlist a selection of his key collaborators from the breadth of his iconic music career including further West Coast hip hop royalty; Warren G, Tha Dogg Pound, Obie Trice and D12. They will also be joined by the multi-million streamed Irish rap duo Versatile."

The week-long tour of the British isles will see Snoop appearing in Manchester, Leeds, London and Birmingham too.