THE skies over Co.Wicklow looked spectacular yesterday as dozens of acrobatic planes took to the air.

This year's Bray Air Display was hailed a “phenomenal” success as over 90,000 people turned out to watch the show.

The famed RAF Red Arrows  British squadron, performing for the first time in the event’s 11-year history, were among those taking part.

The British squadron were the first to exhibit on Sunday and proved a hit for aviation enthusiasts.

The final act also wowed spectators as the impressive Italian Frecce Tricolori closed the show with a colourful tricolour display over the Irish coast as this picture posted on Twitter by Robert Kelly shows. 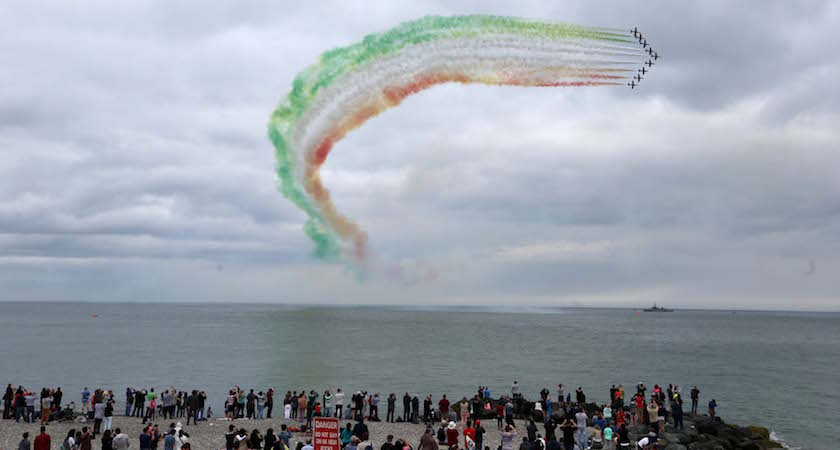 Also appearing alongside the Red Arrows were pilots from Sweden and France and Ireland’s own Black Knights, the Irish Defence Forces parachute team.

One of the most popular acts of the day were the daredevil Breitling Wingwalkers who performed their aerial acrobatics on their Boeing Stearman bi-planes.

“This is the first time in the event’s 11-year history that the Red Arrows have performed and we are thrilled to have them here,” he added.