A SUSPECTED cannabis factory has been uncovered by police in Northern Ireland following a ‘routine enquiry’ at a property in Antrim.

According to Belfast Live, dozens of recently planted cannabis plants were discovered at a house in the Beechgrove region of Antrim.

They were found in a room lined across the walls and ceiling with silver insulation.

The plants are thought to have an estimated street value of £40,000 following a search of the property.

Officers posted an update on the cases via the PSNI Newtownabbey Facebook page explaining that “local police teams were carrying out a routine enquiry at an address in Antrim”.

“Note to resident, close the door of the room you’ve converted into a cannabis factory along with the 81 plants you’re nurturing along,” the post added. 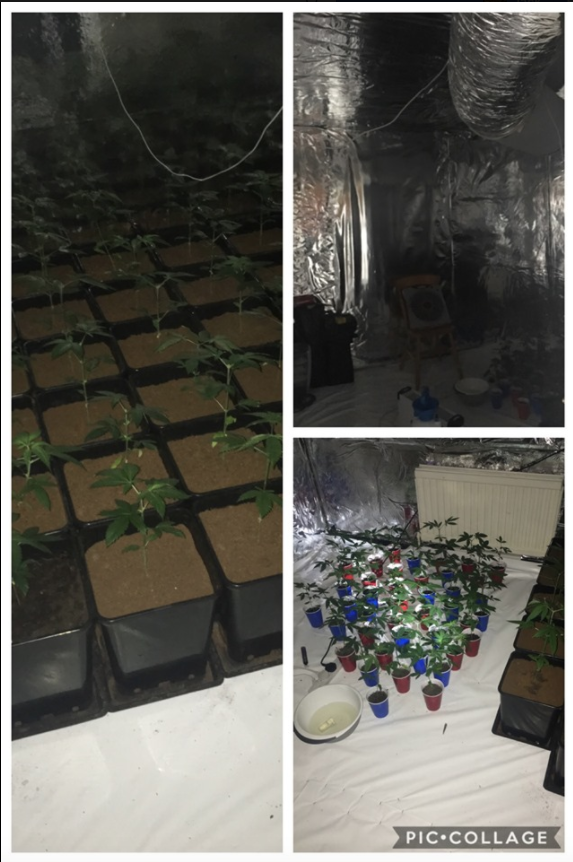 "Antrims version of Cheech and Chong were subsequently arrested. Whilst we hear mention of the words medicinal and legalise when we post messages like this, those are issues out of our hands. We deal with criminal offences and the debate about the use of such plants is one to take up with your elected reps.

"A PSNI spokesman said two men, aged 20 and 22, have been charged with “cultivating cannabis, possession of a class B controlled drug, dishonestly using electricity and possessing criminal property”.