THIS is the shocking moment a police car in Northern Ireland is violently rammed by another vehicle.

Footage filmed from inside a police patrol car shows two officers involved in a high-speed pursuit of a black Vauxhall Insignia.

During the clip, the escaping driver pulls back behind the police car and can be seen repeatedly slamming into their rear bumper as an officer inside urgently radios for help.

"I've been rammed five times coming in the Belfast road!"The officer can be heard shouting. 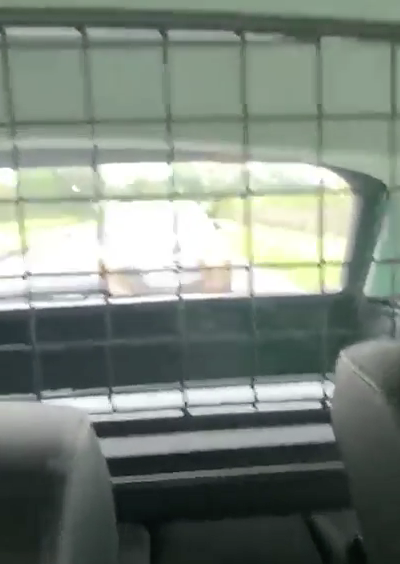 The mobbing driver then overtakes them and speeds into the nearby town of Enniskillen, driving briefly on the wrong side of the road.

During the dramatic footage, an officer can be heard shouting: "Body-worn! Body-worn! Body-worn!" - effectively asking his colleague to switch on the body-worn camera each officer has attached to their uniform to capture the assailant on film.

He can also be heard asking for a 'stinger' to be set up further down the road. Stingers are devices used by the police to puncture the tyres of cars.

The driver was later arrested after four officers pinned him down after he exited the car on foot.

Two of the officers suffered 'minor injuries' in the lead up to the arrest.

Inspector Brown, from the Police Service for Northern Ireland (PSNI) said: "Shortly after 4:05 pm today (Wednesday, 30 September) police received reports of an assault and disturbance in the East Bridge Street area of Enniskillen." 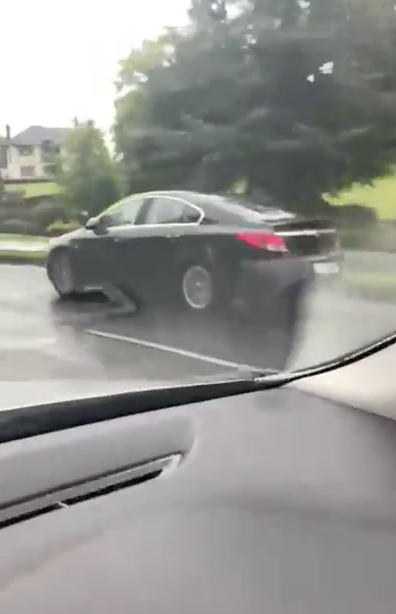 The car later speeds off in front of the patrol car

"A man has since been arrested and is currently in custody assisting police with their enquiries in relation to the incident. During the arrest an officer received minor injuries for which no hospital treatment was required.

'The incident is being linked to two earlier road traffic collisions which both occurred at around 11am this morning. The first incident occurred on the Moorlough Road area of Lisnaskea and involved two vehicles, one of which was a black Vauxhall Insignia. The second incident occurred at the Belfast Road area of Enniskillen, in which a police vehicle was rammed by the black Vauxhall Insignia. Two police officers received minor injuries following the incident.

"Enquiries are continuing, and police would appeal to anyone who witnessed the incident, is asked to contact police on 101, quoting reference number 1286 30/09/20."

Stormont to recall to pay tribute to David Trimble