Thank Cod: Woman born without a vagina has one made out of FISH SKIN in pioneering new reconstructive surgery

A WOMAN born without a vagina has had a new one made using the skin of a freshwater fish.

Jucilene Marinho, 23, from Ceará, Brazil, has finally had sex for the first time after becoming the first woman in the world to have the pioneering op.

The procedure, known as Neovaginoplasty, involved creating an opening where Ms Marinho's vagina should be before inserting a genital-shaped mould lined with the skin of the tilapia fish.

Jucilene was given the crushing news that she had Mayer-Rokitansky-Küster-Hause (MRKH) - characterised by a lack of cervix, uterus or ovaries - when she was just 15 years old.

But after spending three weeks at the Federal University of Ceara Hospital for her reconstructive surgery in April 2017, Ms Marinho was discharged and is delighted with the results.

She told local reporters: "My family and friends took me out to 'toast' my new vagina!" 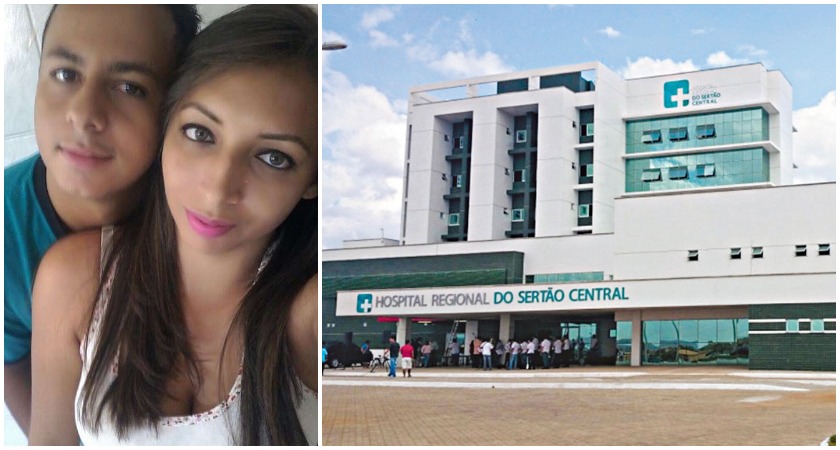 Jucilene Marinho, 23, finally had sex with long-term boyfriend Marcus Santos, 24, after the op

Following the operation, led by gynaecologist Dr Leonardo Bezerra, Jucilene had to wait six months until she was given the green light to have sexual intercourse.

Speaking about her first time being able to have sex with long-term boyfriend Marcus Santos, 24, she added: "At first I was very scared to do it because I thought it would hurt and I was worried it might damage the opening.

"It was a wonderful moment because everything worked perfectly.

"There was no pain just a great deal of pleasure and satisfaction."

Despite being born with MRKH, Ms Marinho had a normal puberty and even experienced menstrual cramps despite never having a period.

Recalling her diagnosis, the 23-year-old said: "I cried a lot when I found out. I thought my world had ended.

"I'd always dreamed of having a baby of my own now I had to accept that wouldn't be possible".

She added: "But it feels so good to have something the majority of women take for granted."