Toddler left permanently scarred after being hit in face with firework

A TODDLER has been left with permanent scarring after she was hit in the face with a firework on Halloween night.

The unnamed girl, aged two, was standing at the patio door of her garden with her parents at her home in Rockfield Heights, Newry when the incident occurred.

At around 8.15pm, an unidentified person threw a firework over the fence and into the garden, where it struck the child in the face and exploded.

According to a Police Service of Northern Ireland (PSNI) spokesperson, the little girl suffered "a large burn" before the "firework ... exploded and set alight the curtains on the patio doors, which were open.

"The child's coat was also burned." 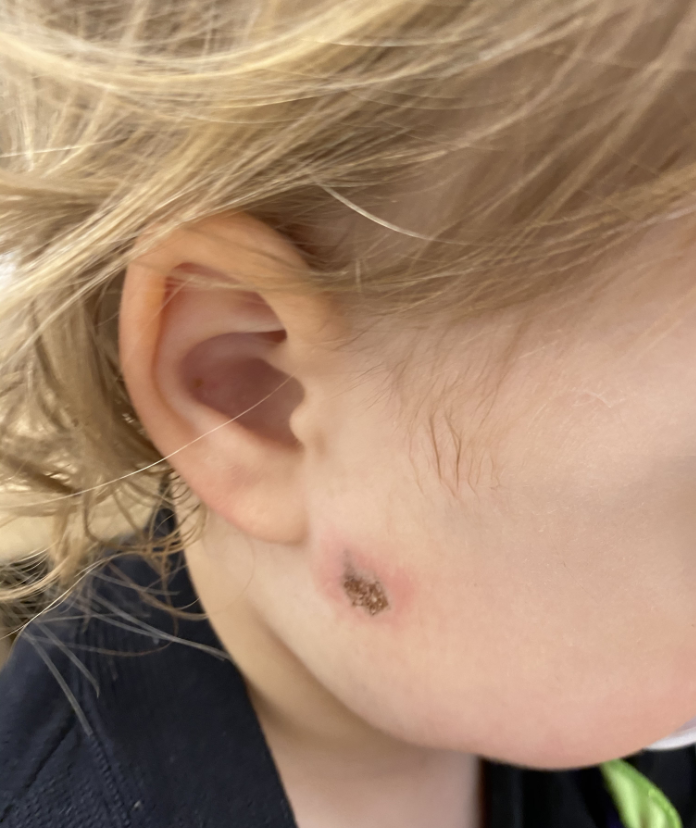 The girl's family released a photograph of her scar via the PSNI, and have urged anyone with information as to who threw the firework to come forward. (Image: Police Newry, Mourne and Down)

The girl was brought to hospital for treatment, and police in Newry report that the family has been told by doctors that she will be left with "a permanent scar".

Police have issued an appeal for any witnesses, or anyone who may know who threw the firework at the little girl, to come forward.

In a statement, a PSNI spokesperson said: "Police are asking for help in identifying those responsible. Please call police in Ardmore on 101, quoting reference 2463 31/10/20."