TRIBUTES HAVE been paid to a nurse in Wexford who has sadly passed away after contracting Covid-19.

Solson Payyappillil Saviour, a healthcare worker originally from India, came to Ireland a number of years ago where he worked in several nursing homes before training as a nurse in Wexford General Hospital.

Solson Saviour tragically passed away after a battle with Covid-19 on Sunday, leaving behind his wife, Bincy, two-year-old son and heartbroken friends and colleagues.

Tributes have been paid to the 'true Covid hero', with former colleagues praising his kindness and offering their condolences to his family.

"Just over two years ago we shared the happiness of one of our colleagues, Nurse 'Solson Saviour' as he announced the news that he was the proud new father of a baby boy, his first-born.

"Today, we received the devastating news that Solson tragically lost his personal battle with Covid-19 as he sadly died in Wexford Hospital this afternoon."

Just Over Two Years Ago We Shared The Happiness Of One Of Our Colleagues, Nurse ‘Solson Saviour’ As He Announced The...

They continued: "Solson was always 'full of life' and had a gentle smile and kind word for all our residents- may his gentle soul rest in peace- and may God's Angels hold his hand on the road to Paradise."

The Ros Aoibhnn Nursing Home, where Mr Saviour had previously worked, also shared their sadness in a public post, where they offered their condolences to his wife, Bincy, friends and family in India, alongside a photograph of the dedicated healthcare worker with a resident.

"Solson was a very kind & gentle nurse, always smiling and he will be greatly missed by us all here in Ros Aoibhinn," the nursing home wrote.

"Our thoughts, prayers and hearts go to Solson's wife Bincy, his young son, and his family in India at this devastating and very sad time. 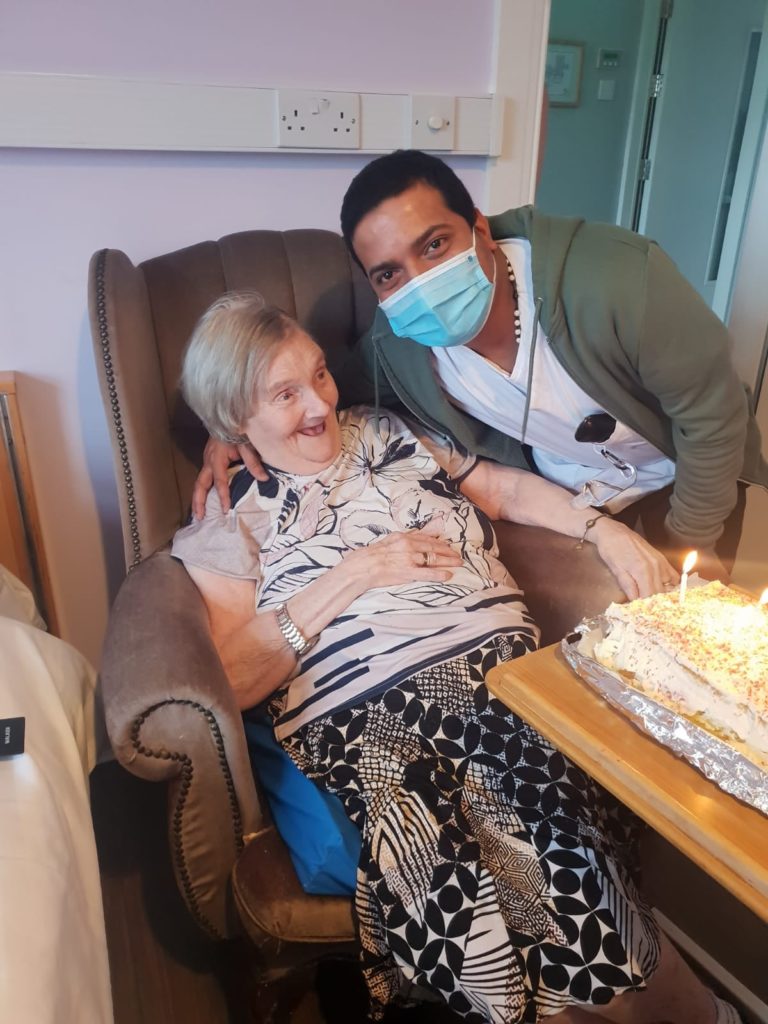 The Migrant Nurses Ireland official Facebook page described him as a "beautiful spirit" and "true nurse".

The Irish Nurses and Midwives Organisation (INMO) have also issued a statement offering their "sincere condolences to the family of Solson Saviour, who sadly passed away on Sunday", saying "Solson was a valued member of the nursing community in Wexford and Kilkenny".

INMO General Secretary Phil Ni Sheadhgha said she learned of his passing "with great sadness", and offered her sympathies to his wife, young son, family, friends and colleagues, as well as thanking those who cared for him in Wexford General Hospital.

President of the INMO, Karen McGowan, said: "Our thoughts are with the community of Indian nurses in Ireland.

"We owe a debt of enormous gratitude to our colleagues from all over the world, many of whom are here keeping us safe without the support of their own families at this incredibly difficult time."

Varghese Joy of the Migrant Nurses Ireland organisation acknowledged the "devastating loss to his family, friend and colleagues".

"We have seen tremendous courage in our community over the past year, and we extend our sincere sympathies and solidarity to all those who are grieving at this time."

Revealed: The four things Ireland must do before Level 5 lockdown can be lifted, according to Tánaiste