A SEARCH has resumed this morning for an Irish academic who went missing while descending Mount Everest after reaching the summit of the world's highest mountain in Nepal's Himalayas.

Seamus Lawless, 39, was part of an eight-member climbing expedition led by renowned Co. Down climber Noel Richard Hanna when he slipped while returning from the peak at an altitude of around 8,300 metres.

The Trinity College Dublin assistant professor, who is from Bray in Co. Wicklow, is said to have lost his footing while descending 'The Balcony' area near the summit of Everest – which he had reached early on Thursday.

The rescue team searching for Mr Lawless was called off on Thursday night but resumed their search at first light on Friday.

Sherpas accompanying the expedition said the other Irish climbers had safely descended to Camp IV at 7,900 metres but that the status of Mr Lawless remained unknown, according to the Himalayan Times. 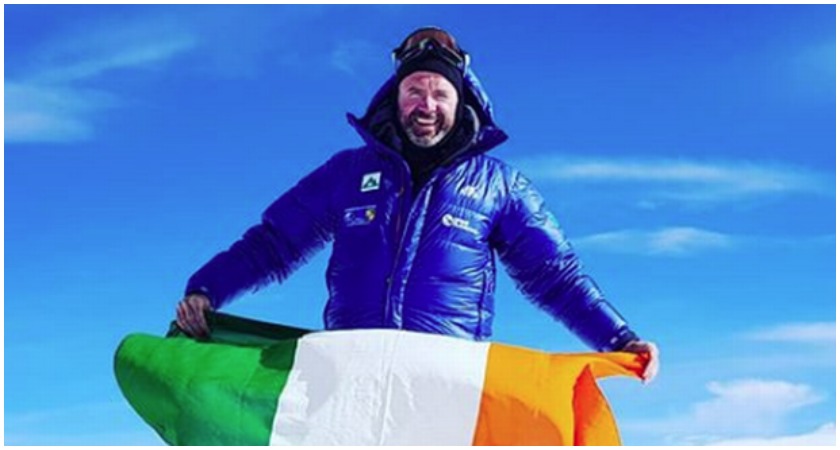 An Indian national from a separate expedition, named as Ravi Thakar, is reported to have been found dead inside a tent at Camp IV early this morning.

Mr Lawless flew to Nepal in April to spend a month acclimatising to the thin air at high altitudes.

He had previously scaled two peaks including Mount Denali in Alaska – the highest peak in North America – last summer in preparation for his first ascent of Everest.

The Irishman planned the climb ahead of his 40th birthday this summer and was hoping to raise €25,000 for the Barretstown charity, which provides support for seriously ill children and their families.

According to his Twitter profile, he teaches Information Retrieval, Personalisation & Digital Humanities at Trinity and is a supporter of Everton FC and Leinster Rugby.

It's understood that his wife Pam and four-year-old daughter Emma are being kept up-to-date with developments from the Himalayas.

Séamus Lawless: Irish climber fell to his death when gust blew him off Everest after he 'unclipped safety rope' to relieve himself – companion says