A YOUNG peace campaigner, whose mother was injured in the Warrington bombing, has spoken out about the importance of securing justice for the Omagh families.

Lancaster University student Harriet Vickers, from Knutsford in Cheshire, was just 13 days old when she and her family were caught in the Warrington bomb attacks in 1993.

Her mother Bronwen, whose recovery became the subject of a book and a BBC TV programme, had her leg amputated but tragically died a year later from skin cancer.

Now 20, daughter Harriet acts as an ambassador for Warrington’s Tim Parry Jonathan Ball Foundation for Peace, where she has worked with victims and survivors of violent conflict both in Britain and the US.

To date no one has been convicted of the bomb attack in Omagh — which happened 15 years ago today (August 15).

Families of the victims are still campaigning to force the British and Irish Governments to take action. 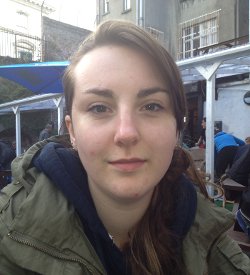 Commenting on their calls for a full cross-border public enquiry, Ms Vickers said: “I think it’s great what they are doing. It’s very important. It’s part of the grieving process. For me, Warrington is a very closed case. I’ve not put it to sleep but I’m dealing with it in my own way.”

On Sunday Ms Vickers joined representatives from the British and Irish Governments, and other members of the Tim Parry Jonathan Ball Foundation for Peace, in Ireland at a remembrance ceremony to mark the 15th anniversary of the Omagh bombing.

Attending the ceremony —which was held in the town’s Garden of Light — was “cathartic” she told The Irish Post.

“I have no memory of the bomb, nor do I remember my mum, but now that I’m coming into my early 20s I am becoming more conscious of the issues and that’s what brought me to Ireland,” she said.

“It’s really encouraging to hear other people talk about their experiences and know that you are not alone.”

The service commemorated the 29 people, including a woman who was pregnant with twins, who died in the Real IRA car bombing.

The attack on the Co. Tyrone town is considered to be the North of Ireland’s worst single terrorist atrocity.

Hundreds of people were injured when the bomb exploded on August 15, 1998.

Five years earlier on March 20, Jonathan Ball, 3, and Tim Parry, 12, died and 54 others were hurt in Warrington when two bombs hidden in litter bins went off in Bridge Street.