'We will hunt you down and make you pay': Biden swears revenge on terrorists who killed US soldiers

US President Joe Biden delivers remarks on the terror attack at Hamid Karzai International Airport, and the US service members and Afghan victims killed and wounded, in the East Room of the White House, Washington, DC on August 26, 2021. - The 12 US military troops killed in the bombing attack on Kabul airport Thursday amounted to the worst single-day loss for the Pentagon in Afghanistan since 2011. (Photo by Jim WATSON / AFP) (Photo by JIM WATSON/AFP via Getty Images)

JOE BIDEN has sworn revenge on the terrorist organisation which has claimed responsibility for the blasts which killed 85 people in Kabul yesterday.

72 Afghan citizens, including children, died in the two explosions near Kabul airport in what is described as a "complex" terrorist attack, where one blast went off first, and another minutes later.

13 United States service members were also killed in the blast, the single biggest tragedy to befall American troops since 2011, when 30 members were killed when their helicopter was shot down.

18 other US soldiers were injured in the attack, and are being evacuated on specially equipped C-17 military planes. 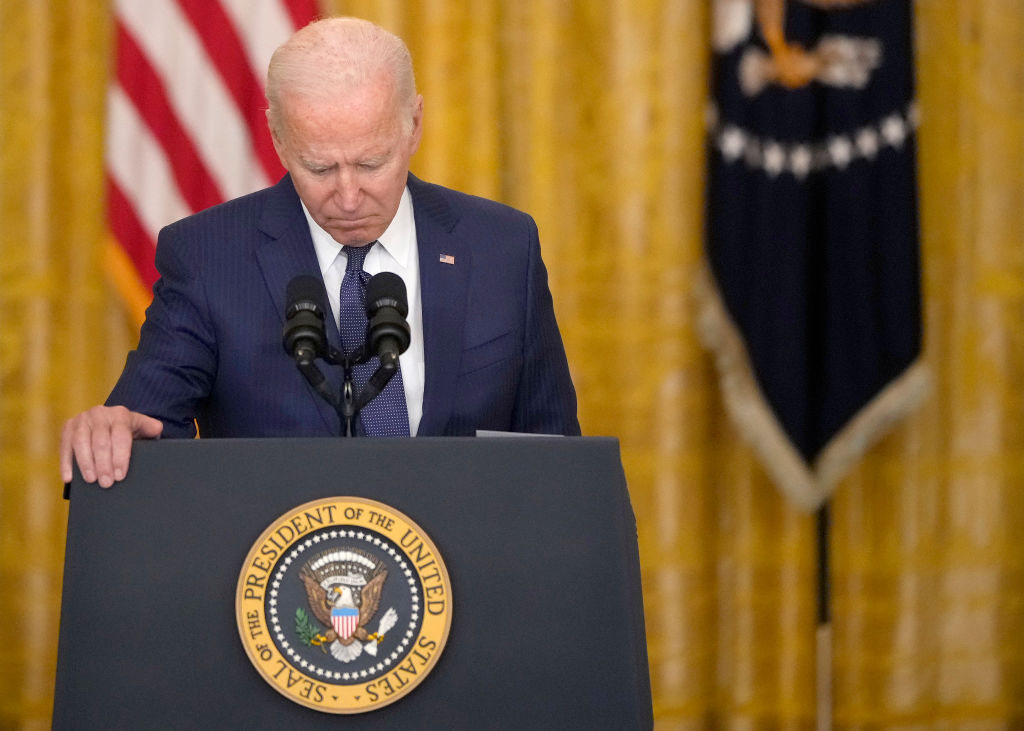 U.S. President Joe Biden observes a moment of silence on August 26, 2021 after 13 US troops and dozens of civilians were killed in twin bomb attacks in Kabul (Photo by Drew Angerer/Getty Images)

Terrorist group ISIS-K are believed to be responsible for the attacks, taking advantage of both western nations and the Taliban being distracted by the emergency evacuation and general instability of the nation.

The group is the Afghan branch of the so-called Islamic State, and are sworn enemies of the Taliban who they believe to be too 'soft' in their ideals.

US President Joe Biden, who oversaw the quick and disastrous withdrawal of US troops from Afghanistan, resulting in the Taliban takeover of the country, was briefed on the emergency situation and yesterday addressed the nation where he promised the dead would not be forgotten.

He said the soldiers who lost their lives were "heroes- heroes who have been engaged in a dangerous, selfless mission to save the lives of others.

"They were part of ... an evacuation effort unlike any seen in history, with more than 100,000 American citizens, American partners, Afghans who helped us, and others taken to safety in the last 11 days."

President Biden said his "heart aches" for the troops and Afghan civilians, including children and families, who were killed in the twin attacks, and reflected on the death of his own son, Beau, who died from brain cancer and was himself a US soldier.

He warned the members of ISIS-K, and "anyone who wishes America harm" that there would be repercussions.

"I will defend our interests and our people with every measure at my command." 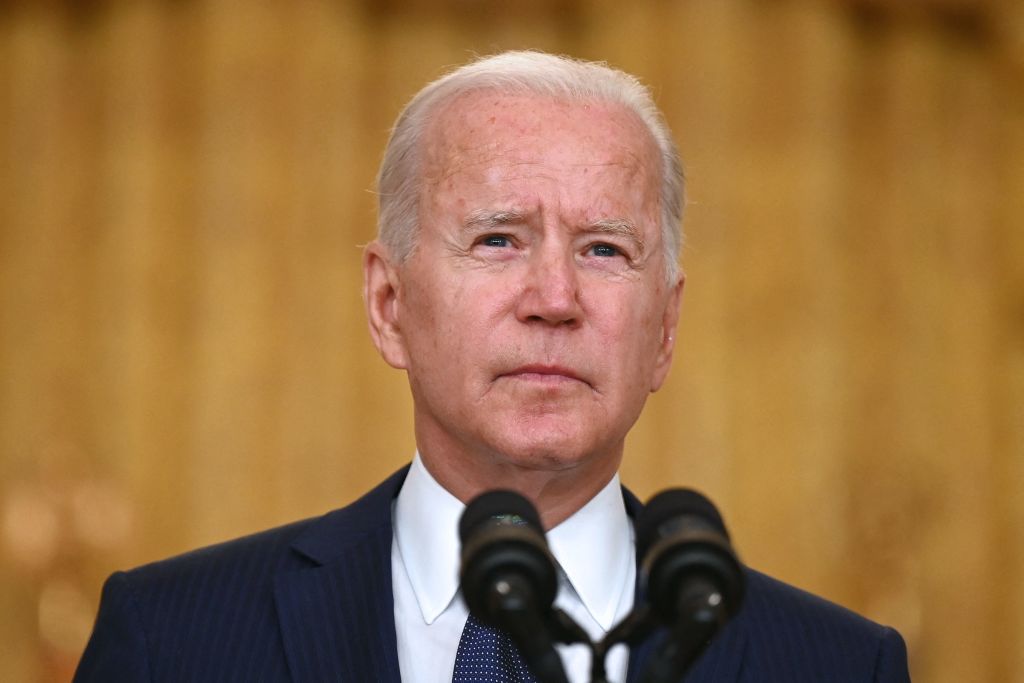 The Democrat acknowledged that they were aware of potential ISIS attacks on US personnel after members were freed from the prisons, and said this was one reason for the extremely quick withdrawal of US troops and the reason for the 31 August deadline to get all citizens out of the country.

The evacuation mission would continue however, unlike many western countries-- including Ireland-- who ended the evacuation of citizens and residents following the terrorist threats.

"We will not be deterred by terrorists.  We will not let them stop our mission.  We will continue the evacuation."

He stated that the US would "strike ISIS-K assets, leadership, and facilities ... respond with force and precision at our time, at the place we choose, and the moment of our choosing.

He reiterated that "these ISIS terrorists will not win.  We will rescue the Americans who are there.  We will get out our Afghan allies out, and our mission will go on.

"America will not be intimidated."