Every Liverpool player from 2018/19 rated

LIVERPOOL have enjoyed arguably their most successful season in the 21st century - and it isn’t over yet!

The Reds agonisingly missed out on Premier League glory by a single point to Manchester City as Guardiola’s men secured back-to-back league titles at the weekend with victory over Brighton and Hove Albion.

An incredible 97 points somehow wasn’t enough for Jurgen Klopp to land his first piece of silverware on Merseyside, but now Liverpool’s attention turns to Europe. 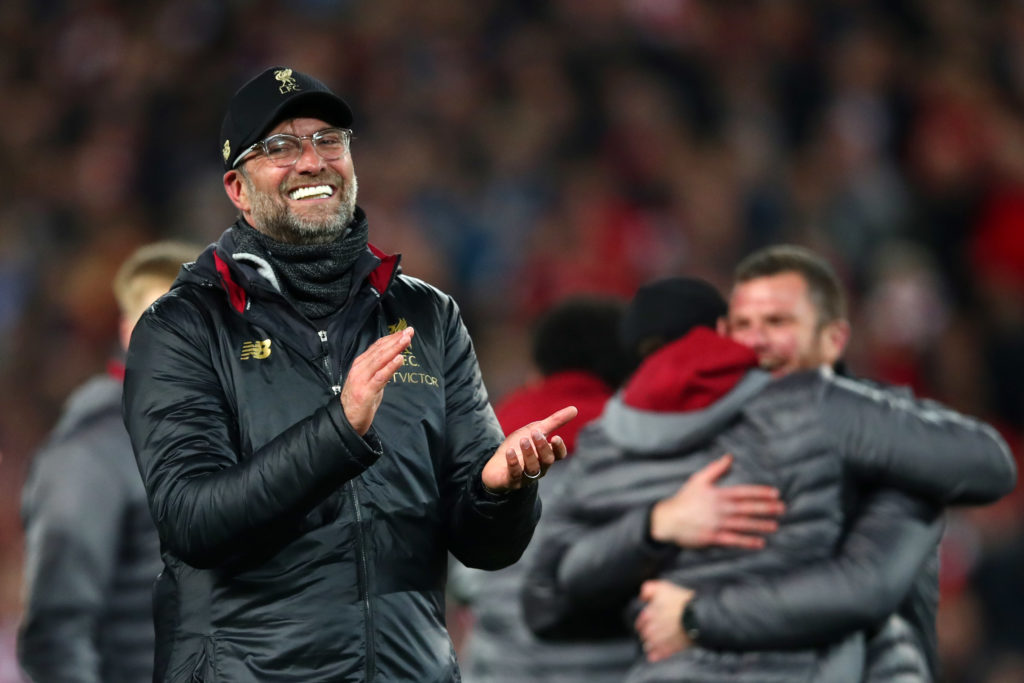 With the Champions League final against Tottenham Hotspur on June 1 still to come, the season still has the potential to be one of Liverpool’s most glorious and certainly one of their most memorable, particularly after the dramatic comeback against Barcelona earlier this month.

With the curtain all but lowered on what has been a remarkable campaign, here’s how each of Liverpool’s squad member have performed - in our view - over the last nine months:

Was an inspired and totally necessary signing following Loris Karius’ poor showing at the tail-end of last season. His quality as a shot stopper, and importantly, as a ball-player, is something Liverpool have been longing for. 21 clean sheets in his debut season says it all really.

One of Liverpool’s standout performers and barely has any right to be at just 20-years-old. He’s one of the finest crossers in the league and has developed into one the world’s best young full-backs. Defensively improving and growing in confidence every week, the sky's the limit for this local boy.

Liverpool’s player of the season. Like Alisson, his presence at the back was something Klopp’s side desperately needed. They spent big on him 18 months ago but now they’re reaping the rewards. Arguably the most in-form defender in the world. A leader on the pitch, a warrior in the tackle and intelligent in possession, the modern super-defender. 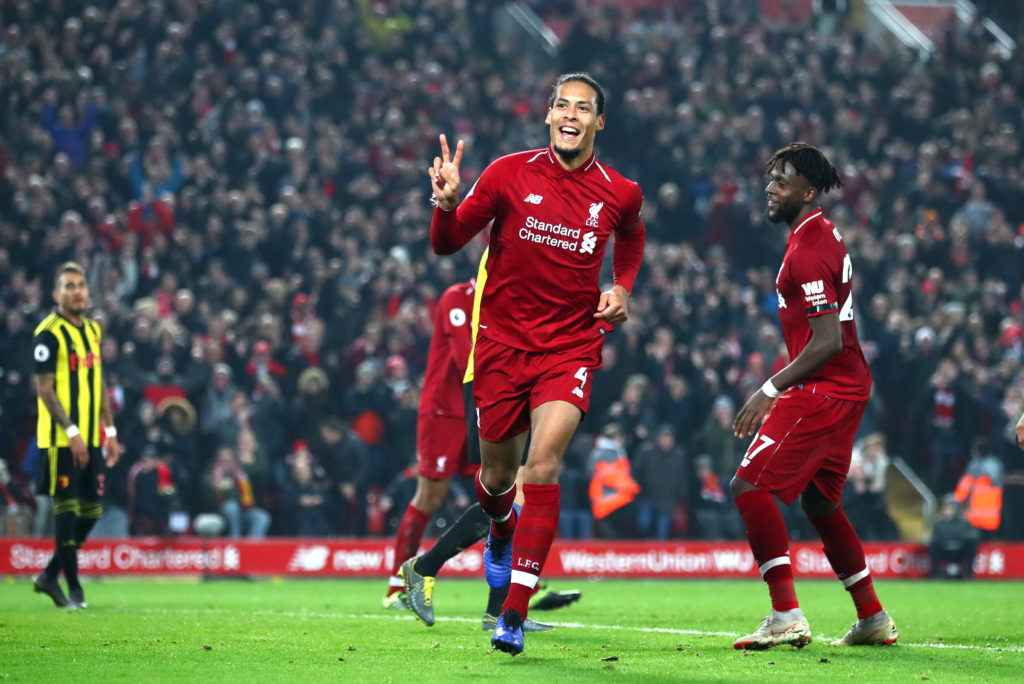 Joe Gomez getting injured helped him secure a first-team spot without much threat from competition but Matip has been solid when called upon this season. Partnered with Van Dijk there were very few mistakes at the base of Liverpool’s team this season.

Looks a fine prospect for club and country in the future, but injury derailed his season. Like Van Dijk, Gomez has proven to be a very intelligent defender and his ability on the ball will likely see him reinstated to the side over Matip once his fitness returns.

The weakest of Liverpool’s centre backs, but the bar has been set quite high. Lost his place to Matip and has warmed the bench ever since. He isn’t quite the ball-player Klopp likes in his back four and his lack of game-time proves that.

Have Liverpool got the best set of full-backs in the world? Robertson has turned into one of the most composed and threatening left-backs in the game. A constant danger from the flank, and no slouch in the tackle either. If you thought Van Dijk was a bargain, the Scot set the Reds back just £8m.

Like a fine wine isn’t he? Milner has proved to be a vital asset to Klopp’s squad. His resilience, versatility and professionalism have typified much of Liverpool’s last couple of seasons under the German. His best form isn’t mind-blowing, but no one should understate Milner’s importance to Liverpool either from centre midfield, full-back or in the dressing room.

He’d probably have earned a higher rating if he’d played all season like he’s played in the last month or two. In and out of the team and looking technically insufficient for such a fast-paced attacking side, that was until a recent discussion with Klopp resulted in a positional tweak that has worked wonders. He was terrific against Barcelona and could end up lifting ‘Old Big Ears’ on June 1.

Similarly to Henderson, Fabinho’s best form has come recently. Struggled for game-time initially after being signed from Monaco in the summer. Since January he’s come into his own and now commands a starting place that looks impossible to take off him. Industrious and clever. The perfect central midfielder for Klopp’s system.

His brace against Barcelona will live long in the memory of every Liverpool fan. A reliable performer who has improved immeasurably under Klopp. Like his other central midfielders, does the dirty work for the wide players, and does it very well and very efficiently. 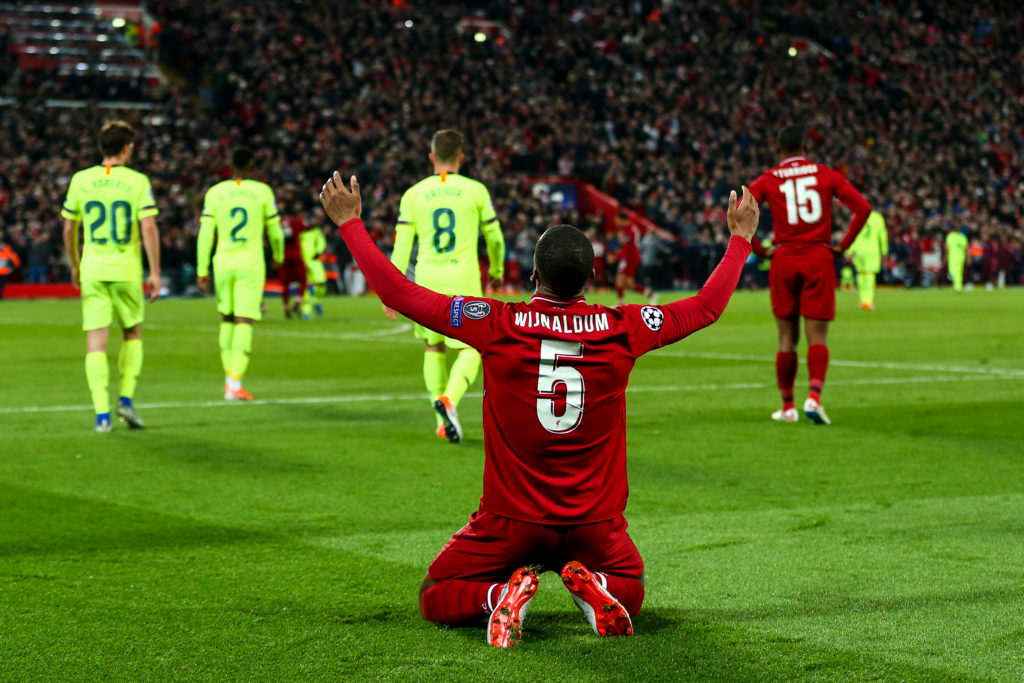 Wijnaldum after scoring against Barcelona during the Champions League semi-final

Yet to find his best form, but if Fabinho is anything to go by, it won’t be too long before we see it. Has arguably more ability on the ball than the rest of the midfield but hasn’t quite found the right balance for the manager to trust him in every match.

Had his moments for sure - he scored the winner against Man United in December and was another shining star against Barcelona at Anfield, but a lack of game time means he’s struggled for any kind of consistent form. Hard to see him ever becoming anything more than an impact-sub at Liverpool, but a very capable one he remains.

Looked to be really benefiting from playing under Klopp initially but injuries have kept him grounded almost every since. His fitness record is a concern and the best Liverpool team of the last 30 years seems to be passing him by.

A similar story. Once seen as Liverpool’s brightest light, but injuries have utterly dulled his sheen. Still clearly a fine footballer, his last-gasp equaliser against Chelsea can attest to that, but very few will believe his injury issues won’t plague him now for the remainder of his career.

Like Wijnaldum, he’ll be forever remembered for his part in the 4-0 demolition of Barcelona, but has been nothing more than a backup, called upon only if absolutely necessary. To his credit, he’s grabbed winners in a Champions League semi-final and a Merseyside derby, but that shouldn’t distract from his ultimately limited participation this season.

Another golden-boot, but hasn’t quite hit the lofty heights he set himself last season. Also unwanted accusations of diving have marred what has otherwise been a very successful campaign for the Egyptian. Liverpool’s ‘little dancer’ is still the one they look to when they need inspiration. No doubt they’ll look to him again in Madrid. 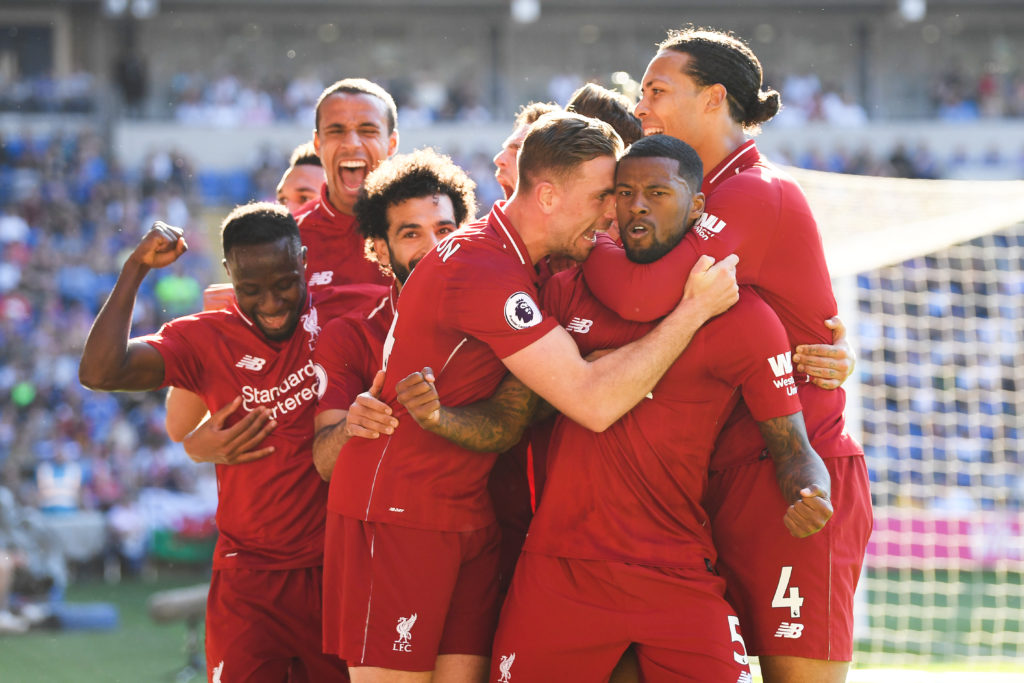 Has he overtaken Salah as Liverpool’s most feared forward? Either way it’s bad news for opposing defenders. Mane’s form and goal-count (he shared the golden boot with Salah and Arsenal’s Aubameyang) has seen him attract attention from Real Madrid. He’s now comfortably one of the world’s best attackers. Maybe not as jaw-dropping as others like Salah or Hazard or Neymar, but as efficient and effective as any of them at the moment. 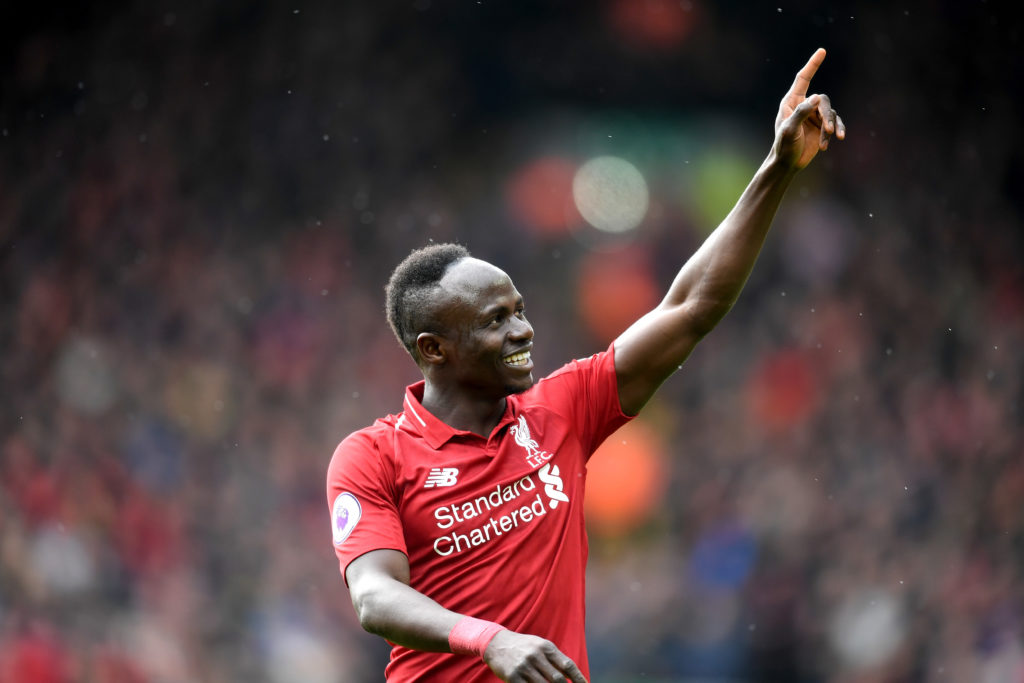 The understated support-leg in Liverpool’s attacking tripod. His value in the side is well-recognised and he’s been as consistent as ever this season, without setting the world alight. Not that he needs to.

Where can I watch Liverpool vs Barcelona? TV and live stream information