NEIL LENNON always knew he had a big job to keep the Celtic fans on board this season, but not making the Champions League big time has certainly made that task a lot harder.

Having picked up an encouraging 1-1 draw away from home in the first leg of the third-round qualifier, Celtic’s implosion last Tuesday night to the unspectacular Romanian side, CFR Cluj, has dampened the mood even further around Celtic Park.

Indeed, ever since Brendan Rodgers left for Leicester City earlier this year, the feeling around the green side of Glasgow has been rather subdued. After all, the Antrim man delivered two trebles and an unbeaten league season by playing free-flowing, attacking football.

Since taking over for a second spell as manager, Lennon has wrongly been at the forefront of the supporters’ underlying frustrations, often receiving criticism for not producing the same level of performances as the team did under Rodgers. Now, going out of the Champions League has heightened those tensions even further. 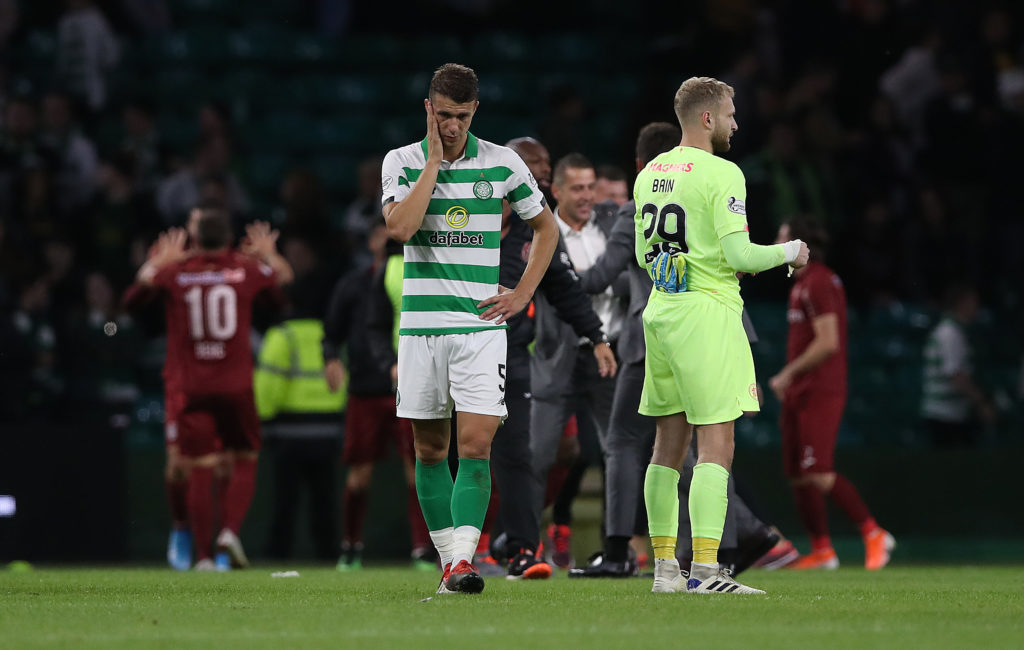 “We’ve had two days of hysteria and vitriol, which you have to accept,” said Lennon. “But there has to be a sense of perspective. You have to keep a level head. The fans are entitled to their opinion.

"Who am I to argue with that? It’s their club. Going out of the Champions League hurts everyone because of the gravitas and what it means to the supporters. They crave it.”

Following the 4-3 home defeat to Cluj, most of the flak centred around the decision to select attacking midfielder, Callum McGregor, at left-back, even though Lennon said that his first choice left-back wasn’t ready, Boli Bolingoli, the new replacement for Kieran Tierney, who moved to Arsenal this summer for £25 million.

The Celtic faithful have yet to forgive Tierney for moving on. But, really, they ought, too. Not only will he be playing in the best league in the world in a team with global stars such as Mesut Ozil and Pierre-Emerick Aubameyang but, more significantly, will be receiving four times the salary he got at Parkhead - an eye-watering £80,000 a week which would be hard for any player to turn down.

In the last 20 years, this is where the gap between Scottish and English football has widened. For sure, salaries were always higher in England, however, they were never in such different worlds as they are today.

Hence, many Celtic followers may have to learn to accept that the club is going to be a steppingstone for managers and players alike.

Of course, Celtic are a huge club and are not short of money. Along with the Tierney fee, they sold Moussa  Dembele for £20 million last year.

They have a 50,000-seater stadium, too, which brings in lots of ticket revenue. But, still, the truth is they don’t have the allure or revenues of Premier League clubs. Also, they don’t need to spend massively to stay at the top in Scotland.

Steven Gerrard and Rangers are showing signs of improvement and are closing the gap but there isn’t enough evidence there yet to suggest that they can produce results consistently to challenge for the title down to the wire.

Dermot Desmond and the rest of the board appear happy for Celtic to plod along, winning domestically, without spending big.

However, the fans, frustrated after seeing Rodgers and one of their own, Tierney, move on to greener pastures, are still struggling to deal with the continuing exodus of their best talent.