Jose Mourinho lined up to be next Celtic boss

JOSE MOURINHO has sensationally emerged as a potential candidate for the vacant Celtic job.

The Portuguese manager was sacked by Tottenham Hotspur on Monday hours after the London club announced it would be joining the European Super League (ESL) - a proposal which has since all but collapsed.

Mourinho said following his exit, which came just six days before the Carabao Cup final, that he was "ready to go again" and jump back into football, insisting that he doesn't need to take a break from the game.

Celtic have been without a permanent manager since Neil Lennon's departure in February. The Northern Irishman left the club having lost ground in the title race to city rivals Rangers.

John Kennedy has temporarily taken the reigns but the Hoops are expected to appoint a new boss in the coming months.

The likes of Eddie Howe, Frank Lampard and Roy Keane have been linked to the position, but Mourinho is by far the most high-profile potential candidate.

While his wages, his list of suitors and (let's be honest) his ego might make a move to Celtic Park seem a little farfetched, many - who feel as if the modern game has moved beyond Mourinho-style football - believe that The Special One's time at the very top of world football could be over. 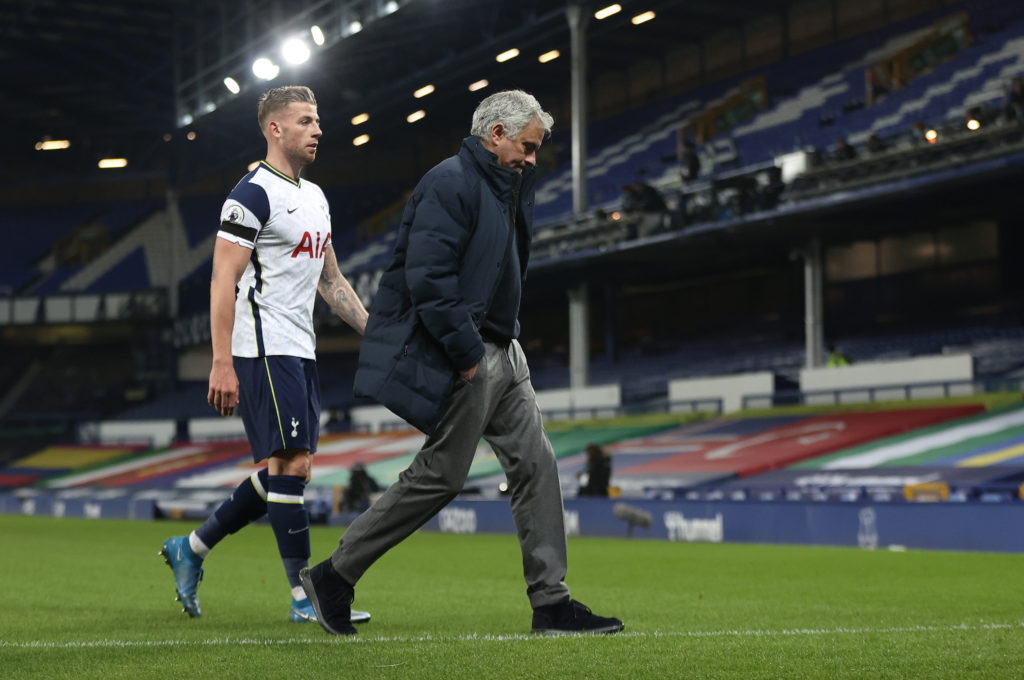 Jose Mourinho trudges off the field along side Toby Alderweireld following Spurs' 2-2 draw with Everton at Goodison Park on April 16.

The 58-year-old departed Spurs without winning a single trophy, the first time that's happened in his career since he left União de Leiria in 2002 to join Porto - who he famously guided to the Champions League title in 2004.

Despite the fact that he took the helm at Spurs when the club was 14th in league, and he enjoyed a fantastic start to the current season, Mourinho was criticised for adopting a pragmatic, dull style of football, for falling out with senior players, and for failing to secure Tottenham's place in the top four - and their surprise exit from the Europa League at the hands of Dinamo Zagreb probably didn't help either!

Many see the former Chelsea, Manchester United and Real Madrid manager's future in international football, and Mourinho is already being linked to the Portugal and England jobs.

But wouldn't it be fun if he turned up in Glasgow? I mean, it's not as if crazy things aren't happening in football this week, is it?

Roddy Collins has said that Sky's apology for the Celtic 'If you hate the Royal Family, clap your hands chants pissed him off'