Mark Noble: 'I could play for Ireland but there are young Irish kids that deserve a cap more than I do'

CORK, IRELAND - OCTOBER 16: Mark Noble of England tackles Billy Clarke of Ireland during the UEFA Under-U21 European Championship match between Republic of Ireland U21 and England U21 at Turners Cross on October 16, 2007 in Cork, Ireland. (Photo by Phil Cole/Getty Images)

WEST HAM midfielder and former England youth international Mark Noble has opened up about his long-speculated chances of playing for Ireland.

Despite captaining England through the youth age groups up to U-21 level, the 29-year-old is yet to be given his first senior call-up and has often been linked with defecting to the boys in green.

Noble is eligible through his Cork grandparents and is a descendant of Albert Clarke, the former vice-chairman of the Dublin District Schoolboys’ League. 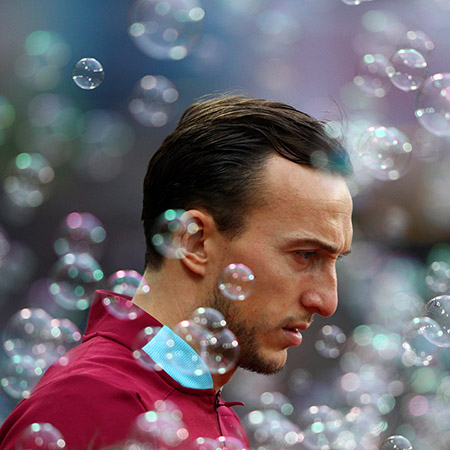 The Hammers captain has family in Cork and Dublin. Photo: Getty

Republic of Ireland manager Martin O’Neill admitted his interest in acquiring Noble’s services back in 2013 and the midfielder revealed he was considering a defection.

But the Hammers skipper now says that he would feel guilty playing for Ireland if it meant he would be taking the place of an Irish youngster.

“There are young Irish kids playing well that deserve and would appreciate an Irish cap more than I would,” Noble told The Big Interview podcast.

“For me personally, I always dreamed of playing for England since I was a kid.

"I played through all the age groups as a youth international, went to tournaments and sang the national anthem.

"But obviously I’ve never got a senior cap.”

Despite his lack of interest in an international cap, Noble revealed that he had an affinity for the Emerald Isle thanks to his rowdy family.

He said: "My nan and granddad are full Irish so my mum by blood is Irish. You listen to her speak she's as cockney as they come, but it’s a big part of my family.

“I love Irish people. Half my family are Irish, and when they come over they take over the house!”

West Ham made the move from Upton Park to Stratford’s Olympic Stadium last summer, after almost a decade of controversial negotiations.

Local lad Noble has captained the Hammers for the last two seasons, having come through the club’s famous academy as a fresh-faced 17-year-old all the way back in 2004.