SEAN MCDERMOTTS returned to the field at Pairc na hÉireann today with a solid victory over Roger Casements, two second half goals by Chris Hayden and then Conal Dowling from the penalty spot easing them to the top of the Senior Football League table.

This being the first big Sunday of action at Warwickshire Headquarters it was a welcome sight to see so many clubs and supporters in attendance on what was a perfect afternoon for football.

With social distancing measures in place at the Pairc, each club had their own section of the Pairc to themselves but above all else there was finally a chance for the Warwickshire GAA community to reconvene at a place that has been absent for so many months due to the pandemic.

With the top two clubs automatically qualifying for semi-final spots in next month’s Senior Football Championship, McDermotts will seal one of those places if they beat John Mitchels in next Sunday’s eagerly anticipated meeting at the Pairc (throw-in currently set for 12pm). 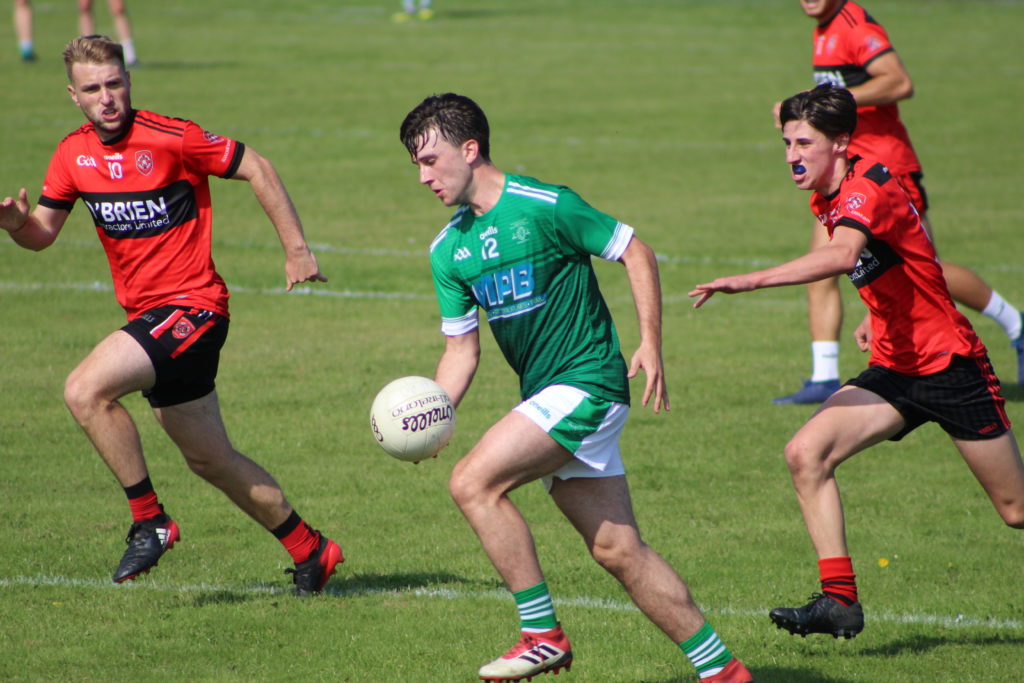 Jack Hallahan on the ball for McDermotts

For Casements it looks increasingly as though they will be heading towards a quarter-final game, although the extra outing could prove a useful tonic for clubs already short of match practice due to the curtailed season.

Missing the injured Jack Keogh, Casements were hit early by a fast McDermotts start as Joel Powney slotted over the opening free before Conal Dowling and Niall Gilbride extended the margin to three with the home side creating the better of the chances despite Casements showing some neat approach work during the opening half hour.

Mark O’Hare responded with a decent score at the other end as the teams traded scores for the remainder of the half, Reece Hendrickson and O’Hare (free) cancelling out scores from Chris Hayden and Powney (free) as the teams went into interval with two between them. 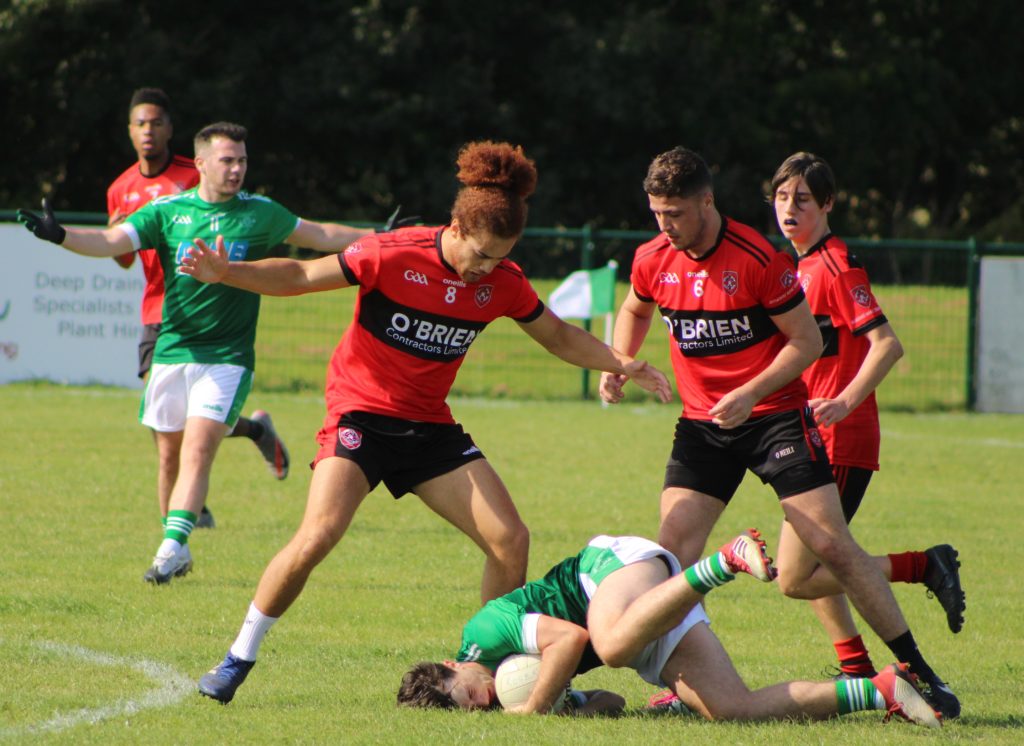 Jack Hallahan is under pressure from Cruise Kelly-Evans

Another lightning start to the half from McDermotts in the end proved decisive as they moved away from their opponents playing towards the clubhouse.

Niall Gilbride and Powney (free) found their targets before a looping effort by Hayden evaded Tom Bryce in the Casements goal that effectively closed out the game as a contest. McDermotts were awarded a penalty with some ten minutes remaining in the match which Dowling calmly slotted into the roof of the net before Casements found a late salvo in the form of O’Hare’s third score of the game from a free.

The fight for top spot in the Intermediate Football League A will go right to the wire this coming Sunday, after last weekend’s game between St Barnabas and St Marys ended with Nottingham winning by 0-15 to 2-6. 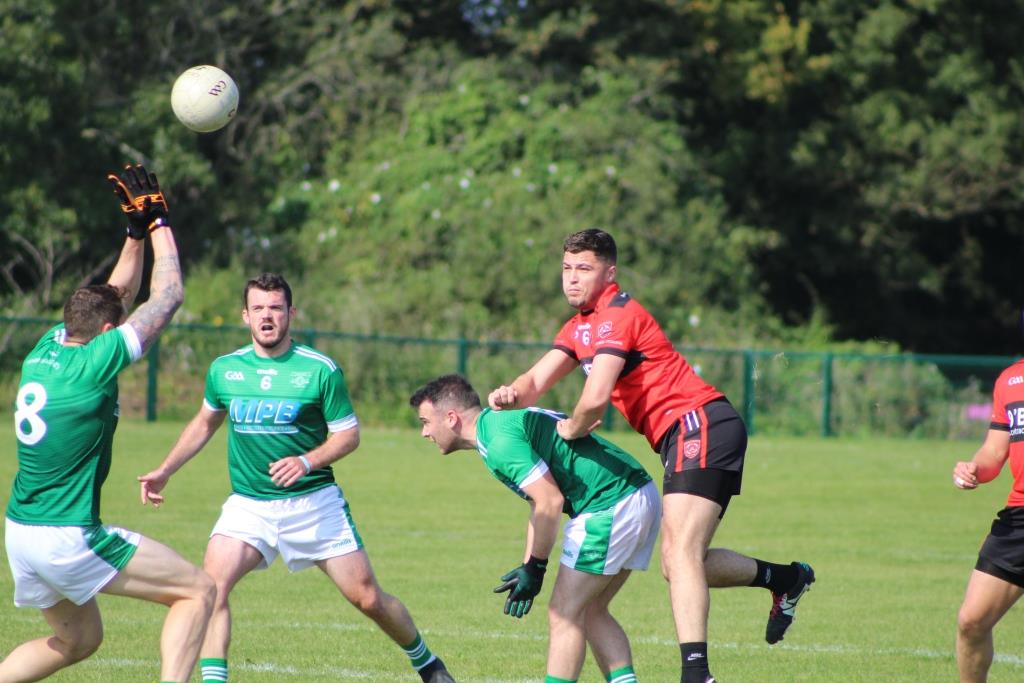 With Wolverhampton taking on St Josephs this Sunday, a win for Derby will see them not only take top spot but also qualify for the quarter-finals of the Senior Football Championship.

Unfortunately the second game on the main pitch, between Sean McDermotts and John Mitchels in the Junior Football League, had to be abandoned due to a serious injury to one of the Mitchels players.