A NEW photograph of Ireland taken from space on a rare sunny day shows once and for all why it got the name 'The Emerald Isle'.

On Easter weekend, Ireland was blessed with warm temperatures and clear skies, with thousands spending the weekend outdoors and hoping it meant the end of the long winter.

As we know, that hasn't quite happened,as temperatures dropped and the clouds returned-- but Good Friday, 2 April, saw Ireland experience its warmest day of the year, and while it was exceptional to experience it on the ground, from above it looked even more spectacular. 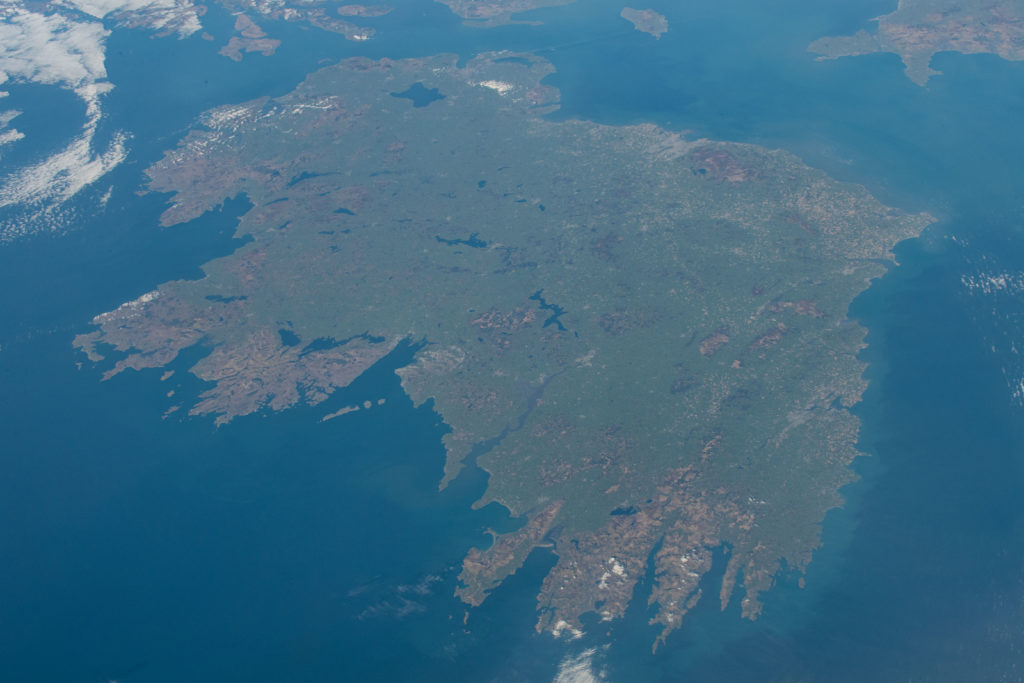 The photograph was uploaded to the NASA database after the ISS passed over Ireland early in the evening on Good Friday, and has gone viral after being shared by Mr Eggen, with countless others picking it up.

The ISS can be spotted in Ireland's skies several times per year, with Astronomy Ireland alerting those interested in astronomy to the times of its passing-- it will not appear again until 14 May.

NASA Astronauts have previously shared images of Ireland from space, usually on St Patrick's Day, to celebrate Ireland's national day with the world.

Happy #StPatricksDay! ☘️ Similar to finding a four-leaf clover, capturing this shot of the southern end of the Emerald Isle on a clear day from the @Space_Station took a bit of luck — just ask @AstroDrewMorgan! pic.twitter.com/fPb4gGnot0