The 32-year-old is well known to Irish football fans for her wonder goal in 2013 playing for Peamount United. She lost out to Colombia's James Rodrieguez for the Puskas in 2014.

"I’ve been on standby for about a year and a half now so I don’t know". she said

"I’ve always kind of been that player, I've always tried to remain professional. Disappointing to take (not being involved) but obviously you always have to persevere.

Larkin spent time with the Ireland under-17s recently, but missed out on qualification for the European Championships after a losing 4-1 to Iceland.

Speaking on the Larkin, Roche said

"I don’t think she’s played too much for Shelbourne this year but she obviously showed at the last camp that she was in that she has ability.

"We’ve been at the home-based sessions together as well and you definitely can see that she has the ability to go somewhere in the future.

"Hopefully she can continue to progress as a player and I think she has a really bright future ahead of her."

Ireland plays Sweden on the 12th of April. 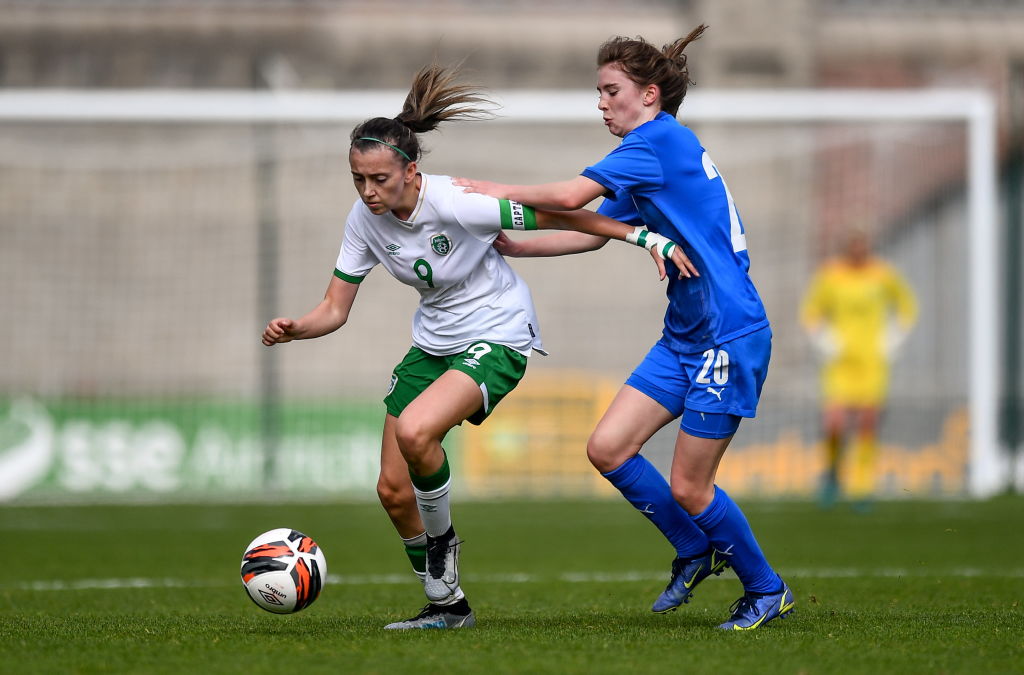 Dublin , Ireland - 29 March 2022; Abbie Larkin of Republic of Ireland in action against Bergdís Sveinsdóttir of Iceland during the UEFA Women's U17's Round 2 Qualifier match between Republic of Ireland and Iceland at Tallaght Stadium in Dublin. (Photo By Ben McShane/Sportsfile via Getty Images)