AN Irish singer and actor will be sentenced in July after being convicted of orally raping a woman who fell asleep in his van while he drove her home.

Garrett Phillips, 46, previously played Dr Cathal on Irish soap Ros na Rún, but had most recently appeared as Frank Sinatra in the West End production of 'The Rat Pack' - which concluded in London and Dublin in April.

He had pleaded not guilty at the Central Criminal Court to one charge of orally raping the woman, aged 20 at the time, in Galway city on November 5, 2015. 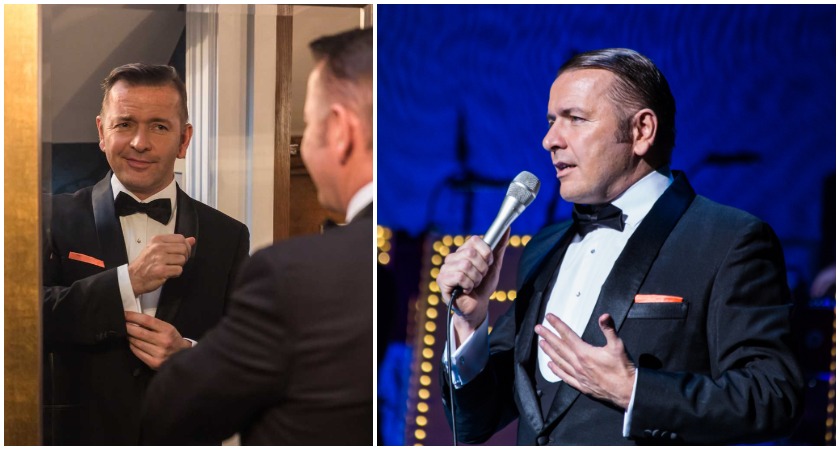 Garrett Phillips, 46, had most recently played Frank Sinatra in the West End production of 'The Rat Pack'

The trial heard that the woman had left a nightclub upset in the early hours and was sitting on a bench alone when Phillips offered her a lift home.

She told Gardaí she fell asleep in Phillips' van but later woke up to find him orally raping her in the passenger seat.

When she got out, she memorised the van's registration and kept repeating it out loud until she raised the alarm at a nearby house.

Denying the charge, Phillips claimed the act was consensual - but the jury disagreed and convicted the entertainer of oral rape.

In her victim impact statement, the complainant said she had been left suffering from depression, anxiety and anger in the wake of the attack.

Phillips' sentencing hearing was adjourned to allow for the preparation of a probation report.

He will learn his fate in July.

ONES TO WATCH: Four must-see TG4 films will premiere at Galway Film Fleadh 2021