IF live music, generous portions and a welcoming atmosphere float your boat, the recently opened McGettigan’s bar and restaurant in Fulham is well worth navigating your way towards.

The doors may have been open for over a month now, but the charming scent of various types of fresh wood after extensive renovations at 1 Fulham Broadway is still pleasantly potent, and it makes for a nice change.

Britain’s first McGettigan’s offers a completely different experience from its predecessor Brogan's, which closed in January having struggled to retain its status as an Irish sports bar due to the influx of Chelsea football fans on weekends.

Although sport is very much on the agenda at McGettigan’s – Olympics, GAA and Premier League football are all being shown across eleven 55-inch flat screens and two projectors – the emphasis appears to be on high quality food in a relaxed atmosphere, so this should not become another home to match-day rowdies.

Speaking of the food, it’s stupendous, which is to be expected given the appointment of Michelin-trained chef Nil Albors Soldevila, who after collecting enviable experience from around the world has worked alongside Group Head Chef Derek Flynn to create a diverse menu. 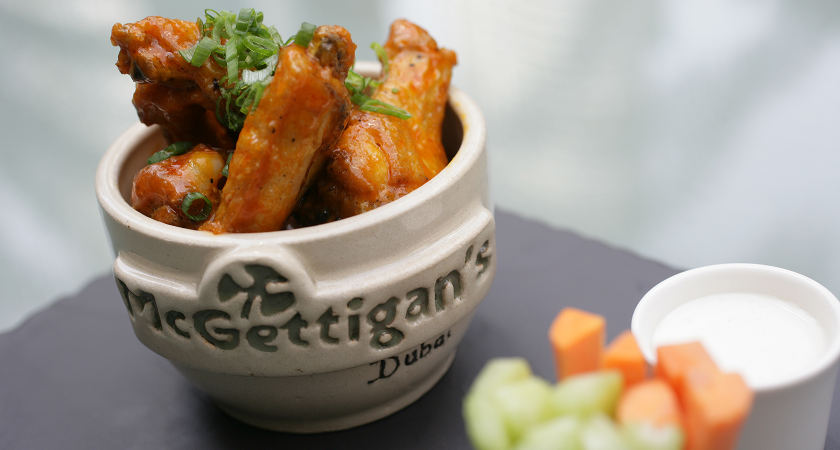 Nicely and promptly presented, the reasonably-priced servings are not for the faint-hearted, and that’s by no means a criticism as less is never more when it comes to eating out.

Recommended dishes include the Wagyu Beef Chili Nachos for starters – served in a deep bowl with sour cream, guacamole and pico de gallo to one side – while the angus ground beef 8oz steak burger was a fine follow up, although only attempt both back-to-back if there’s a serious hole to fill.

Traditionalists will be pleased to know that the dessert menu is fairly standard, with sticky toffee pudding and a selection of ice creams on offer, while the apple and blueberry crumble is perhaps the most original option.

Drawing upon the McGettigan family’s rich tradition of genuine Irish hospitality and good times, which have proved so successful in their Singapore, Dubai and Abu Dhabi outlets, the new Fulham venture looks destined to succeed.

A wide range of premium spirits, classic lagers and craft ales are available with live musicians in place on Thursdays, Fridays and Saturdays, while plans are in place for alternative performances such as comedians.

All-in-all, there’s little to diminish, while those concerned by weekend crowds can come prepared by booking out one of the multiple areas available for private hire.