PRESIDENT MICHAEL D Higgins has a new puppy-- and it's exactly the  type of good news we all needed.

President Higgins's dogs have always known how to steal the show, whether it was by interrupting an official event to demand belly rubs or being the main focus of photographers cameras when British Royals William and Kate visited last year. 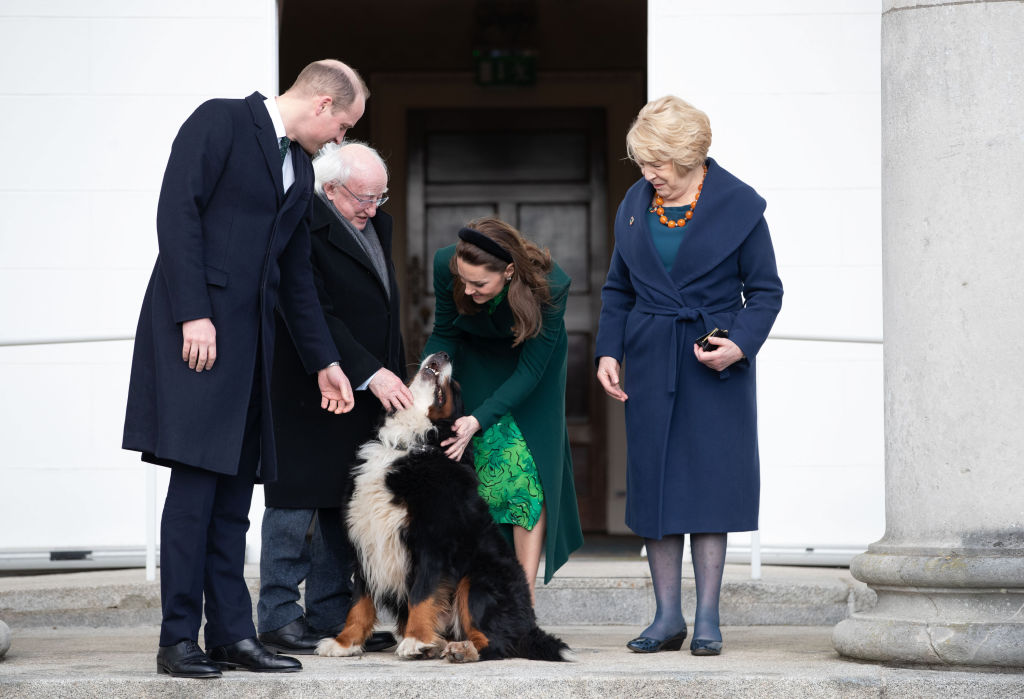 Tragically, one of Mr Higgins's dogs Síoda-- a littermate to his other dog Bród-- passed away last year, drawing an outpouring of support from animal lovers across Ireland and beyond who know the pain of losing a beloved pet.

In fact,people were so moved by Síoda's passing that a mural to the Bernese mountain dog even appeared in Dublin.

Five months later however, a photograph of Michael D Higgins pictured walking the grounds of the Áras started to go viral-- not because it is an unusual sight to see the president strolling through Phoenix Park, but because of who was in his company.

Trotting along next to the president and Bród was a fluffy and tiny puppy (as tiny as you can get for a Bernese at least).

The photograph got everyone talking, and the burning question was-- what would he name his new pup?

Bród, also pictured, means Pride in Irish, and Síoda means Silk; with the president being a proud Gaeilgeoir, and the puppy appearing at the start of Seachtain na Gaeilge, it was almost guaranteed the new addition would have an Irish name.

And after days of speculation, the Áras confirmed the new puppy's name last night-- Misneach, meaning Courage-- a perfect name for the times we're in.

Welcome to the Áras Misneach!