A THIRTEEN-YEAR-OLD girl has been left an orphan after her mother was tragically killed in a car crash just days before Christmas.

Annmarie Hooper, 34, died along with Dean Coleman, 25, when the car he was driving smashed into a lamppost on Butterfield Avenue in Dublin in the early hours of Tuesday morning.

It's reported that shortly before the crash, Coleman had been motioned to pull over by gardai, but he drove away, according to the Irish Independent.

Officers attempted to pursue the car before coming across the crash scene some time later. 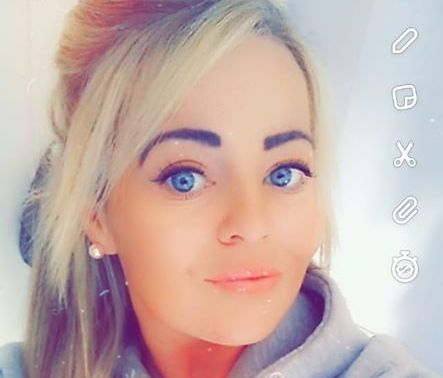 Ms Hooper's 13-year-old daughter Katelyn is now without a parent after her father passed away a few years ago.

It's the latest in a list of tragedies for the family, after it emerged that Annmarie's first baby died, while her 12-year-old nephew Kyle passed away last year after suffering a severe asthma attack.

Katelyn is now being cared for by her wider family.

The teenager paid tribute to her mother, saying the two were more like sisters than parent and child.

"She loved buzzing off people and mixed well with everybody," Katelyn said. "She was like a big sister and had a heard of gold."

"We don't even know who Dean Coleman is. I never heard Annmarie talk about him," said Catherine.

"We don't know anything except she died in a car crash. Everything else we are reading about or hearing it on the news. Gardai have told us there is an investigation, but that's all we know."

It's emerged that Coleman was serving an eight-year driving ban imposed in 2013. He'd also reportedly been jailed over a high-speed chase with gardai around Dublin while his infant child was in the car.