MUMS AND dads have been embarrassing their offspring since the dawn of time.

And if there is one thing guaranteed to get parents feeling anxious, it’s the idea of their ‘babies’ being hundreds of miles away and up to no good on holiday.

By this time said ‘babies’ are usually of drinking age too, which only adds to the anxiety felt by many who know, only too well, of the sort of antics that go on during such excursions.

Even so, the reaction of 18-year-old Finlay Brockie’s mum, Lisa, takes some beating.

Evidently concerned at what her son may get up to during a lads’ holiday to Magaluf, she decided to lay the law down on a biblical scale with her very own list of eight commandments. 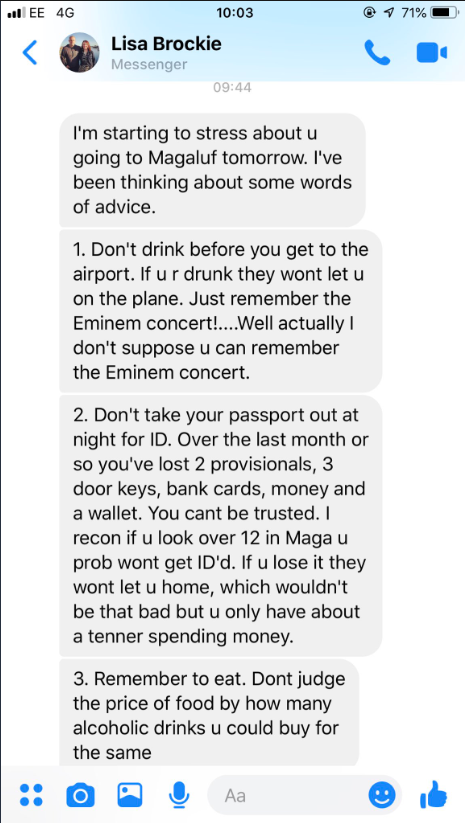 “Don’t drink before you get to the airport,” she wrote in one of the messages.

“If ur drunk they won’t let you on the plane,’ That rule is a bit of a downer. Airport pints are a crucial part of any holiday. 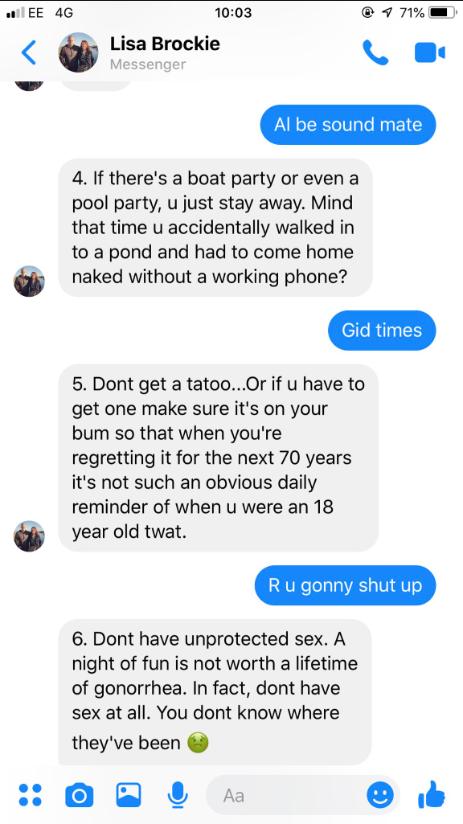 She also advised Finlay against getting a tattoo on holiday, though did have the perfect place for his inking if he really can’t resist the urge. 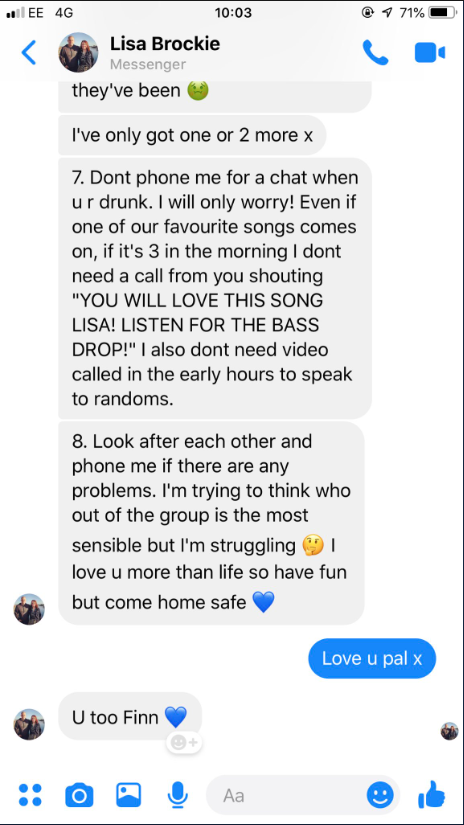 “Or if u have to get one make sure it’s on your bum so that when you’re regretting it for the next 70 years it’s not such an obvious daily reminder of when u were an 18-year-old t**t.”

Finlay, to his credit, took all of the advice in his stride simply replying to her list: “‘love you too, pal.”