AN ELDERLY Irish woman celebrated her 90th birthday this weekend with a solo dance-a-thon raising much-needed funds for charity.

Kathleen Lynch, from Blackrock, Co Louth,  originally planned on celebrating her landmark birthday with a special meal in the company of her 94-year-old husband Donnie and an extended family that includes 13 grandchildren and 14 great grandchildren.

Unfortunately, the COVID-19 pandemic put paid to that, instead forcing Kathleen and Donnie to cocoon at home from early March in order to protect themselves from the deadly virus.

But the great-grandmother has been keeping busy.

For the past few weeks, she had been practicing her moves ahead of a 90-minute dance-a-thon which was held in the back garden of her home this past Saturday, May 1 - her birthday.

Last August, shortly after their 68th wedding anniversary, Donnie and Kathleen were suffered a horrific attack at their doorstep.

However, with the love and support of their friends, family and the local community, the Lynchs were able to overcome the incident and return to their beloved home.

This dance-a-thon was Kathleen’s way of giving something back to that same community.

"I just want to lift the spirits of anyone and everyone during these gloomy days," she told RTE in the build-up to the big day.

Beginning at midday, the dance-a-thon reached its climax just after 3pm – 3:09 in fact, which was the exact time Kathleen was born back in 1930 – when followers were invited to join in.

She made quite the impression too with thousands getting involved from home and a few even paying her a visit - while maintaining the necessary social distance, of course.

At the beginning of her journey, Kathleen set herself a fundraising target of €1,000.

To date, she has raised €16,700 with those funds set to be split between two charities close to her heart: the Irish Red Cross and Age Action. 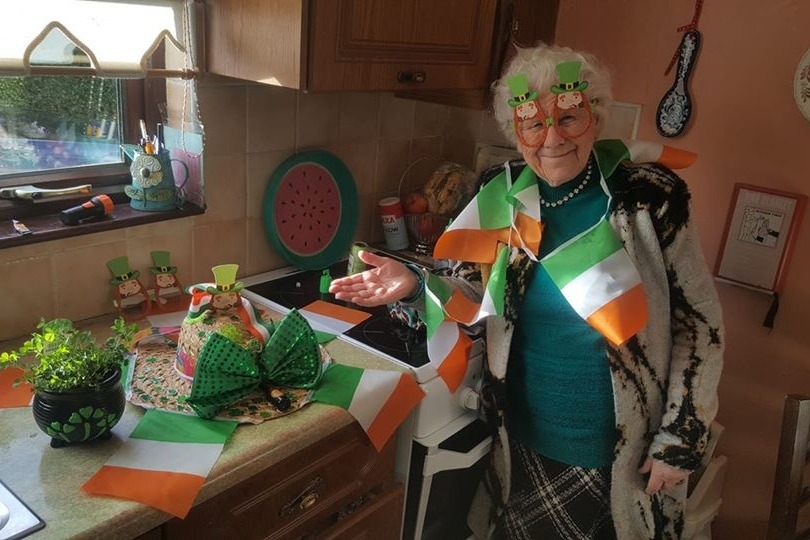 Age Action has launched a COVID-19 Hardship Fund in conjunction with the Irish Red Cross to respond to the immediate needs of older people in vulnerable situations experiencing additional hardship as a result of COVID-19.

Irish Red Cross are also supporting the Front-Line Staff accessing needs in the Hospitals across Ireland.

Speaking to Breaking News, her daughter, Geraldine, said that Kathleen has been “completely humbled” by the support she has received.

“How it all started was that she said she didn’t want anything for her birthday because of the situation in Ireland at the minute and then she said if we wanted to do something would we give money to a charity that needed it at this time,” she said.

"So she chose the two charities because they were dealing with the fund for older people.”

Anyone wishing to donate to Kathleen’s efforts can do so here.