THE IRISH Government is set to discuss the right to protest after an anti-mask demonstration in Dublin last weekend was marred by violence.

Minister for Foreign Affairs Simon Coveney said that the Government will be looking to strike a "balancing act" when it comes to these sorts of events.

Gardai launched an investigation into an alleged assault that took place at Custom House Quay at 1pm this past Saturday, September 12.

It's understood that a counter-protester was injured after clashing with an anti-mask protester.

The incident raised questions about policing at demonstrations moving forward.

Mr Coveney said that the government must be able to facilitate protests, while also maintaining the balance of law and order. 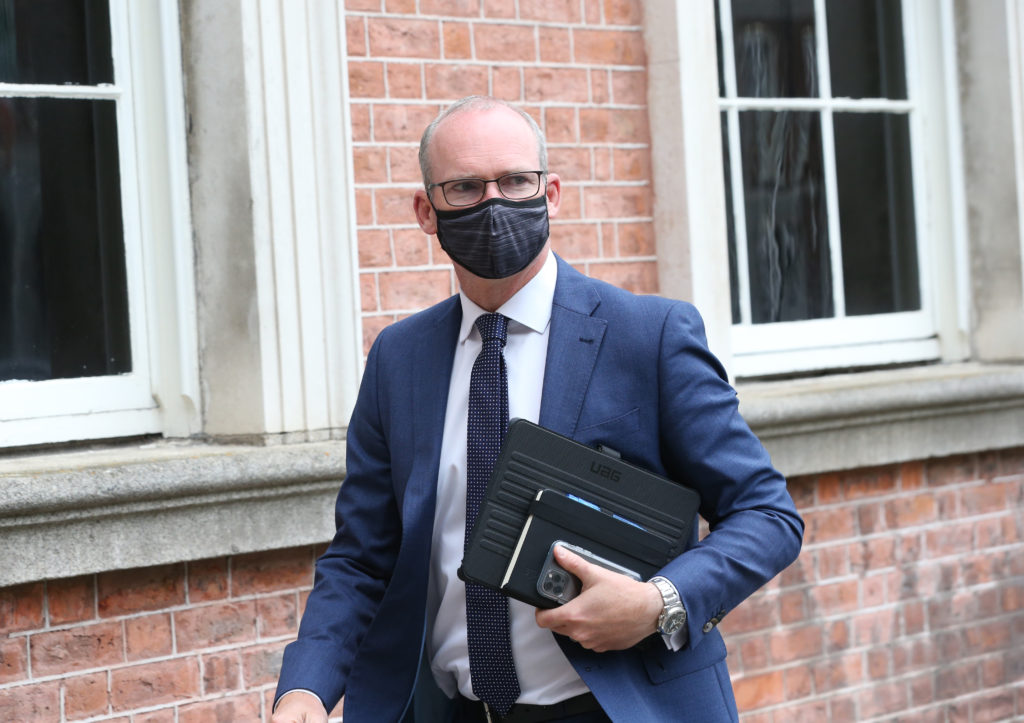 He added that if Gardai policed the events too heavily then people would accuse the government of trying to run a police state, but doing too little would cause people to think they're being too soft.

"This is a difficult balancing act," Mr Coveney said on The Pat Kenny Show on Newstalk.

"I have to say that the people who were involved in that protest do not represent the majority view, in fact, I think they represent a very, very small minority view.

"If we didn't allow people to hold a demonstration or protest we would have a different series of complaints."

Minister Coveney went on to call the demonstrators "foolhardy" and suggested they were conspiracy theorists, but defended their right to protest nonetheless.

The demonstration was organised by the anti-mask activism group Yellow Vest Ireland.

Thousands took to the streets to march with banners bearing slogans like 'take off your mask' and 'it's only a common cold' could be seen during the march.