DOWNING STREET issued a message from Boris Johnson congratulating president-elect Joe Biden on his election victory on Saturday, only for eagle-eyed observers to notice something rather embarrassing.

The message, which was sent out via No10s official social media accounts, had traces of another message, which appeared to be congratulating Donald Trump.

By turning up the resolution of the image sent out by Downing Street, the words 'Donald Trump', 'Second Term' and 'the future' can be seen.

The UK Government has blamed the mistake on a "technical error", admitting that an alternative version of the message was prepared and that there was a mix up.

The message to Mr Biden and his running-mate Kamala Harris read: "Congratulations to Joe Biden on his election as President of the United States and to Kamala Harris on her historic achievement.

Woooow... Boris Johnson's congratulatory message to Joe Biden was an unfinished photoshop of one that originally congratulated Trump.
If you download the image, lighten it and increase contrast, part of the original text is revealed.
H/t @GuidoFawkes pic.twitter.com/irbBsPOisk

"The US is our most important ally and I look forward to working closely together on our shared priorities, from climate change to trade and security."

A government spokesperson said: "As you'd expect, two statements were prepared in advance for the outcome of this closely contested election.

"A technical error meant that parts of the alternative message were embedded in the background of the graphic."

The blunder sees the so-called 'special relationship' between the US and the UK off to a rocky start under the Biden-Johnson tutelage.

Mr Johnson forged something of strong relationship with Mr Trump, and has in the past clashed with Democrats over Brexit and issues regarding the Good Friday Agreement.

Nevertheless, Biden and his team and expected to treat this mistake as an administrative blunder and nothing more. 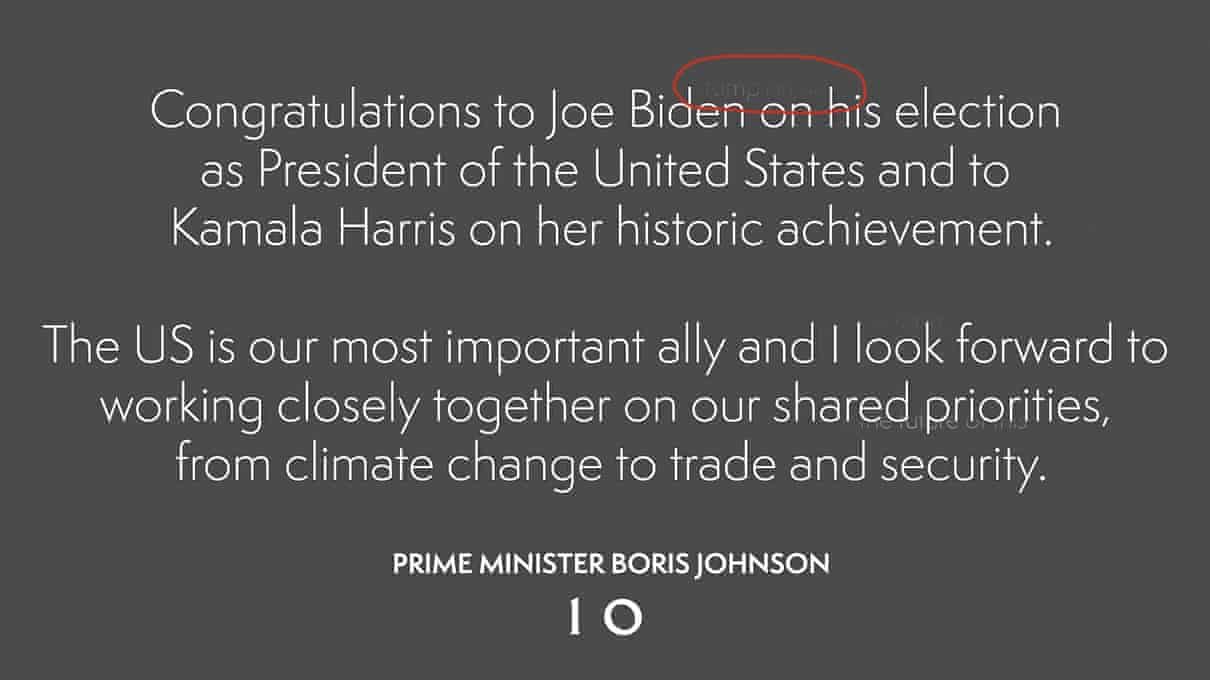