POLICE in Australia have released CCTV footage of the disturbing moments leading up to a road collision which left a man fighting for his life.

Jack Riley, 23, was cornered by a group of men in a car park in Kanwal, New South Wales just before midnight on Sunday night.

Mr Riley, who appears to be armed with a knife in the footage, can be seen backing away as three men close in on him.

Moments later he was struck down by a passing car as he crossed a street to get away.

Police believe the driver had no chance of avoiding Riley as he had just leapt from a steel barrier onto the road.

"I saw someone jumping over [the rail], trying to jump the fence," a witness at the scene told 7 News Sydney. 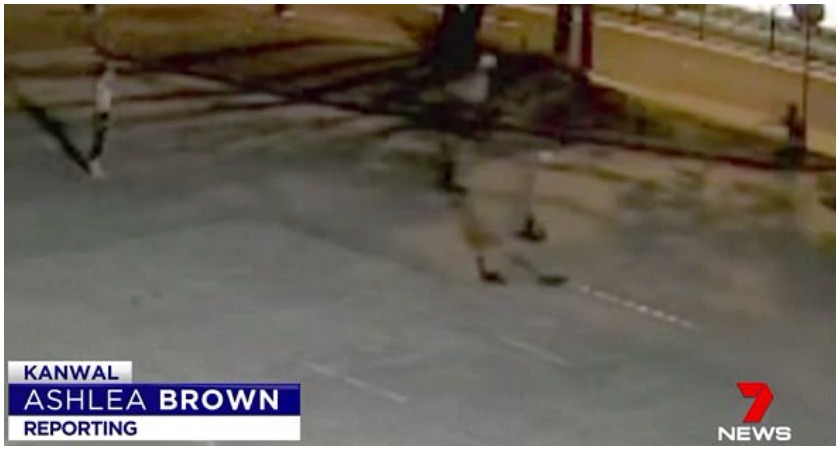 Police are appealing for witnesses to the crash to come forward (Picture: 7 News Sydney)

Riley was found unresponsive on the road before being rushed to hospital, where he remains on life support after undergoing surgery on Monday.

"Mystery surrounds why he was crossing the road at this stage,” Chief Inspector Col Lott said.

“Whether he saw the car or not we are unaware, that is under investigation.”

Police said they did not know why Mr Riley was carrying the knife involved, which was found near to the area where the CCTV footage was captured.

Detectives are urging more witnesses to come forward as they continue to investigate the incident.

Primary school students in Ireland will not have to wear face masks, Department of Health confirms