DONALD TRUMP mistakenly paid tribute to the wrong city following the two mass shootings that occurred in the United States over the weekend.

During a speech condemning the violence of both incidents and promising swift and decisive action, Trump offered his condolences to the people of Toledo, Ohio, rather than to the people of Dayton.

Dayton is roughly 150 miles from Toledo.

Trump: "May God bless the memory of those who perished in Toledo." pic.twitter.com/ShG5FvI5iR

“May God bless the memory of those who perished in Toledo, may God protect them,” Trump said from the Diplomatic Room of the White House.

“May God protect all of those from Texas to Ohio. May God bless the victims and their families,” he added.

It’s unclear whether the teleprompter had misled him or whether Trump simply made a mistake after going off-script. Either way, it isn’t a good look.

The President has already been accused by some of being partially responsible for the attacks and for not appearing to care enough about the victims of the tragedies, and this latest gaffe will do him no favours. 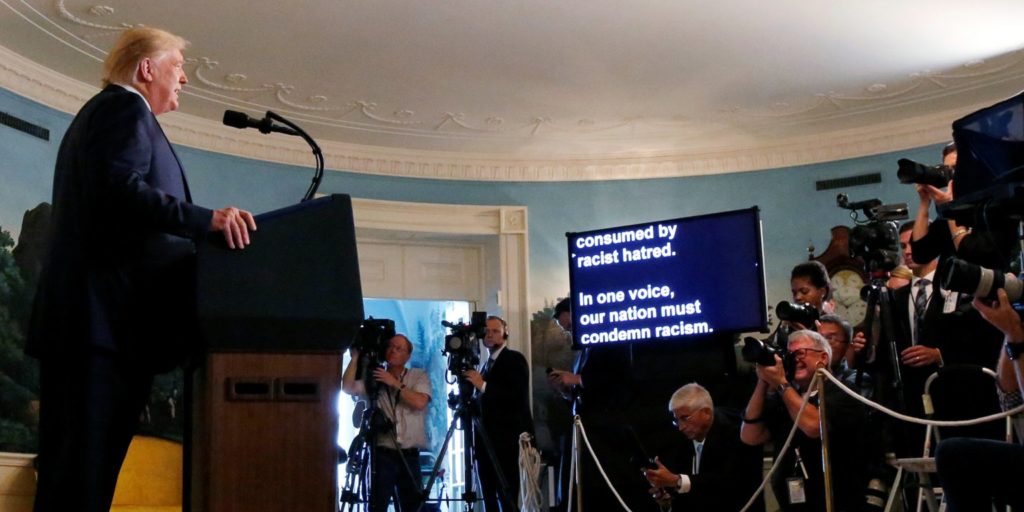 The slip-up came at the end of a 10-minute speech where he described the horrific shootings as “barbaric slaughters”.

He condemned the shooters and spoke of the need for America to fight against racism, bigotry and white supremacy.

Earlier, he had tweeted the “desperate” need for immigration reform - rather than stricter laws on gun-control.